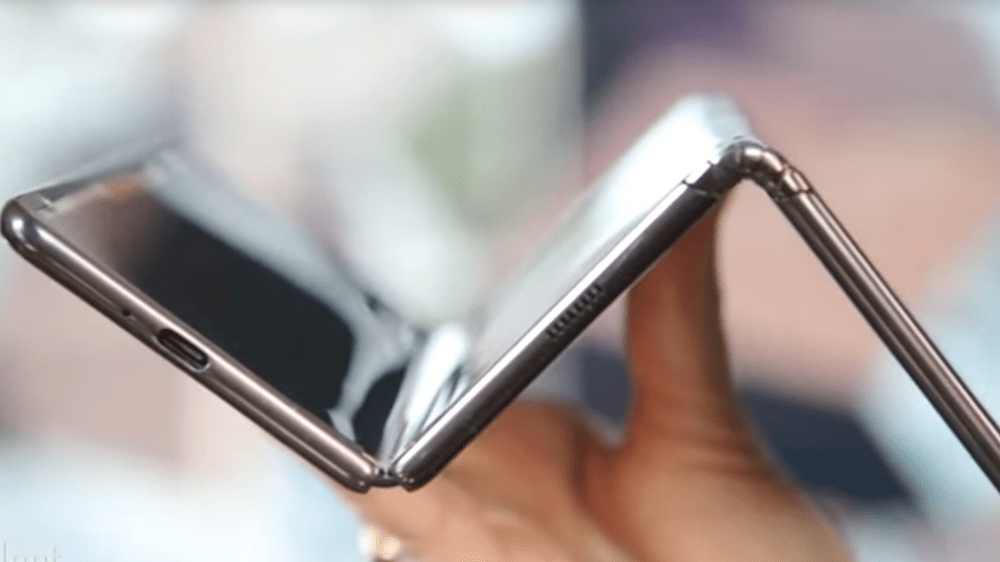 Those who thought smartphone origami was a fleeting trend, brace yourselves. Chinese electronics brand TCL has just unveiled a foldable phone prototype that bends not once but twice.

The phone—which is strictly a concept and does not have an official name, price or release date—can be used as a 10-inch tablet when fully unfurled and looks more like an accordion than a telephonic device. Unlike competitors like the Huawei Mate X and the Samsung Galaxy Fold, both of which open along a single hinge to offer a larger screen, the TCL phone has a single screen that splits into three. It features two hinges that move in opposite directions: The DragonHinge folds in, like a Galaxy Fold or greeting card, whereas the Butterfly Hinge folds the opposite way. As you open the device, it creates a unique zigzag shape and while it’s closed, it stacks neatly like a smartphone hamburger.

According to CNET—which recently tried out the prototype—the TCL phone has four rear cameras, one front-facing camera and a USB-C charger port, but there appears to be no headphone jack. The concept certainly is inventive, but as with other offerings in the foldable market, we have our reservations.

Last month, our colleagues in the US took the new Samsung Galaxy Fold for a spin, and while they were impressed with the 7.3-inch tablet and its crisp images, the folding function itself presented a few conundrums. The two folding parts didn’t come together cleanly and instead formed something closer to a wedge. The crease on the screen became pronounced during use, and overall, the phone felt like more like a prototype than a finished product. These issues may worsen twofold—or threefold, we should say—when there are more folds involved. Or, alternatively, the technology could rapidly catch up with the conceit to create a product that finally obviates the need for both a pad and phone.

Historically, TCL has produced mid-range TVs but is now segueing into smartphones. Back in September, the brand announced its first phone—the TCL plex—and it plans to roll out a whole line of foldable devices, including two tablets, two phones and a cuff-like phone you wear around your wrist. The company also holds the license to mobile mainstay of the early aughts, BlackBerry, which the company acquired in 2016 (the company also owns Alcatel and Palm). TCL told Digital Trends it would be ready to offer up details about its line of foldables at the Mobile World Congress in February 2020. So, stay tuned. While the first generation of foldable phones may not be flawless, one thing is certain: there are more on the horizon.