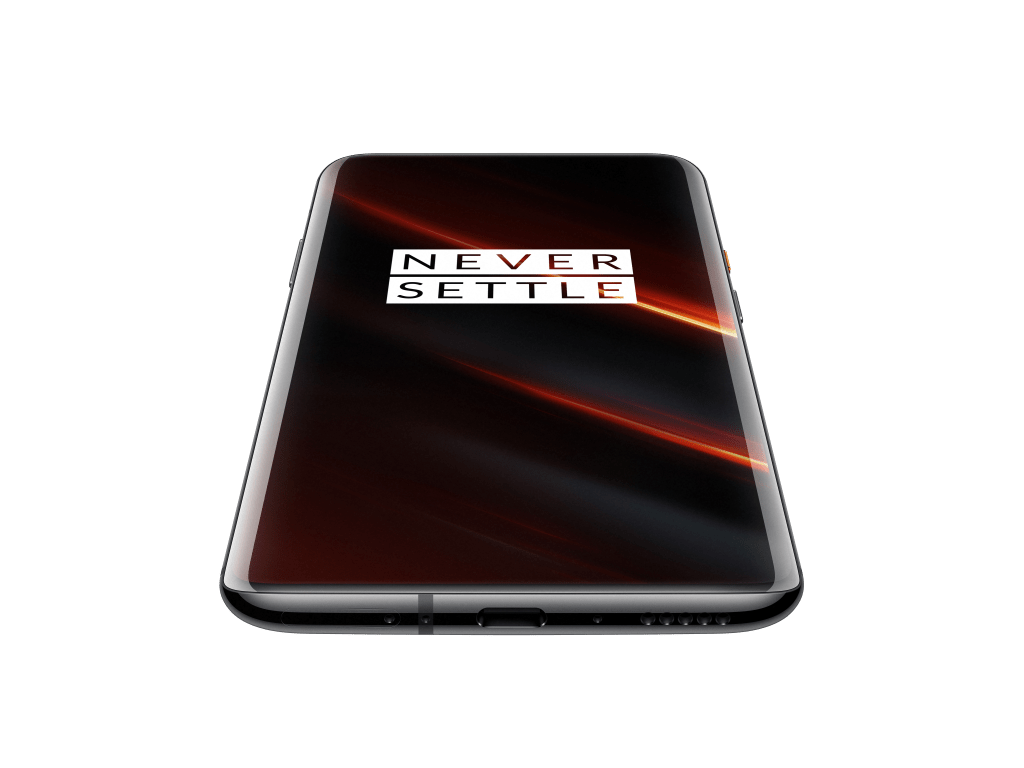 Let’s be honest: anyone suggesting that a smartphone fully encapsulates the design values of one of the most coveted supercars on the market should probably be working on the less grounded fringes of marketing. But it’s hard to ignore the fact that this model, the second 5G outing from Shenzhen-based smartphone manufacturer OnePlus has encapsulated a good deal of the powerful, poised grace of the  Speedtail supercar on which it is based.

The front is minimalism to the max when idle, thanks to a notch-less display that looks as if hewn from a single block of granite and buffered shiny. The back, meanwhile, has, shimmering elegantly beneath the surface, the Damascus pattern that graces the Speedtail’s carbon-clad steering wheel, with flourishes in the British marque’s Papaya Orange subtly placed around the camera lenses and the alert slider (as well as being echoed around the on-screen analogue clock). Place the McLaren-themed case provided, and strip of Alcantarasuede, framed by carbon fibre-patterned rubber, takes over aesthetic duties.

The McLaren Speedtail, which inspired this handset

All of which would be seriously undermined if the phone were not powerful. And, thanks to a Snapdragon 855 Plus processor, 12GB of RAM and 256GB storage, it is exactly that: it swipes, scrolls and juggles game, browser and media playback apps like it were in constant tarmac-shredding sport modes, while the 90Hz display is almost blindingly vibrant after the smartphone you are, if you’re among the majority, used to.

The Its 4,085mAh battery lasts a full day on the move (at the time of loan), and charges at lightning speed thanks to a technology – OnePlus’ Warp Charge 30T – that makes one wonder if McLaren, who McLaren have signalled an intention to produce electric cars in 2025, may find themselves collaborating with this innovative Chinese outfit again.

The triple-camera set-up on the back – remember the just-one-lens days? – consists of a 48MP main camera, a 16MP ultra-wide camera and a telephoto camera with 3x optical zoom (the last of these being great if you attend sporting occasions or like capturing wildlife from a distance). The imagery is as sharp, accurate and vibrant as you might expect in a phone this new and at this price (£799), but has something extra: a certain warmth, the aural equivalent of which would be listening to vinyl via decent hardware. For the terminally narcissistic, there’s also a selfie camera that mechanically slides up and out from the top edge of the phone.

The phrase “Never Settle” in the main picture above is OnePlus’s motto, and it’s one that promises much in terms of sating the public’s ever hungrier appetite for high-performance smartphones – and this phone delivers.

Luxury commercial partnerships can, let’s be honest, be gimmicky and tenuous. Full respect to the guys in Woking and Shenzhen for making this one synergistic, sleek and well worth a punt, whether or not you’re a McLaren superfan.