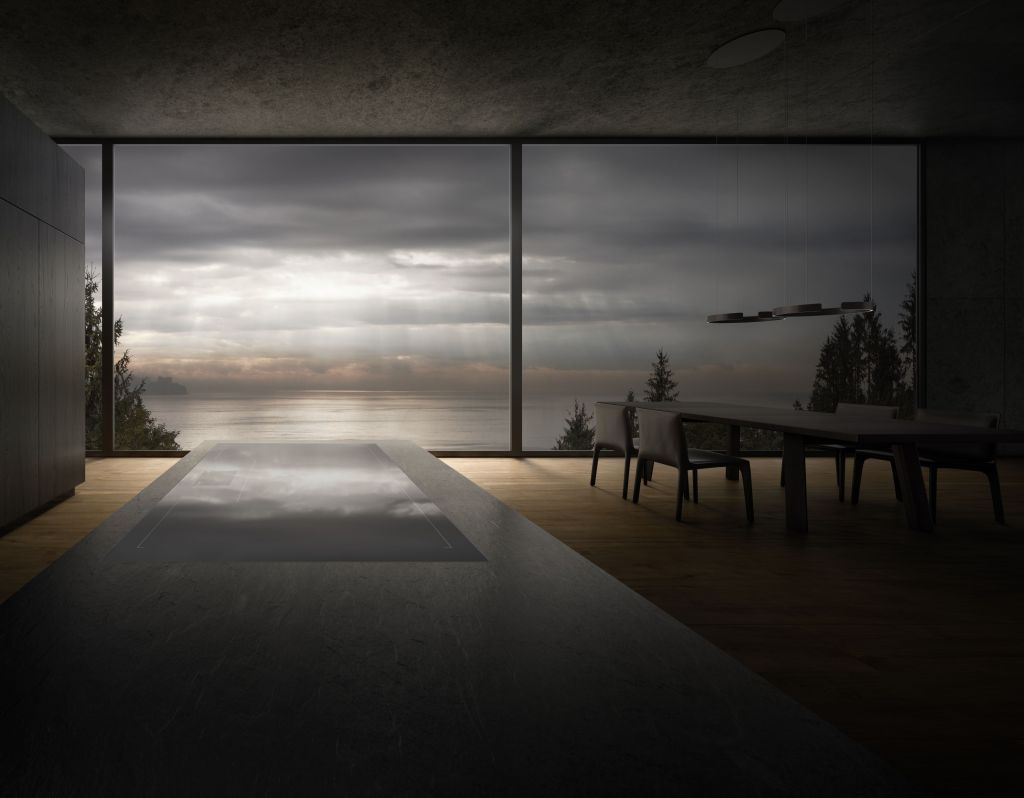 A brand with a history stretching back over 330 years, Gaggenau has had to learn to adapt to constant change, while keeping true to its core principles – exceptional design and unparalleled craftsmanship, using only the highest quality material. “It’s interesting, because I don’t many brands that have been on the planet for as long as Gaggenau has,” says Sven Baacke, who has been head of design since 2011. “And they’re still working with the same material – steel. So in general it’s always a challenge, not just the design but having a holistic idea of what Gaggenau as a brand is.”

This is a moot point. Today, Gaggenau is world-renowned as a manufacturer of high-end home appliances, executing the principles of the professional kitchen in the modern, luxury home. Presumably, when Markgraf Ludwig Wilhelm founded the company in the Black Forest in 1683, the demands of its clientele were slightly different. “There’s that tension that we have between tradition and this striving for the future, even the avant-garde,” says Baacke. “But I wouldn’t say it’s a burden. I think that’s the DNA of Gaggenau – it’s not about only doing things because they are modern or innovative: it’s very well-thought-out innovation.”

This constant striving for the new, coupled with a need for longevity in the appliances they produce, has resulted in a pioneering approach that Baacke has been instrumental in developing. First, they will use research and forecasting to predict trends in the future – say 2040 – and then use this insight to reverse-engineer designs appropriate for the coming decade. “We call it ‘backcasting’ – you meet in the middle and hopefully have a clearer understanding of what your near future will bring,” explains Baacke. “It’s an interesting way of working but it’s not easy, because not many people can put themselves into such a future. It’s really hard to imagine how we will be living in be in 2040, so you really focus on the essentials – and then you get a better understanding of what 2025 will look like.”

Which rather begs the question: what does the future of kitchen design look like? “We’re seeing what we at Gaggenau call ‘luxury in a nutshell’,” says Baacke. “When you look at London, Munich, Hamburg, Paris – apartments are getting smaller. You don’t have the space any more. But you still have the same cooking habits and you still want to have luxury in the kitchen. It’s not simply about reducing everything in size. You have to think, ‘What is that luxury in the future? When it’s not about space?’”

Of course, while he has plenty of ideas about what that will look like, Baacke is wary of giving away his near future predictions just yet. What he will divulge, though, is a more general trade secret: “Whenever there’s a trend, there’s always a trend in the other direction,” he says, citing as an example our current fast-paced, ‘always on’ digital lifestyles. “The kitchen becomes more tangible in a way: you want to be able to control something when there are so many other things you can’t control. So the kitchen is still the place where the fire is burning – literally. The party still always ends in the kitchen: why is this? I think that will continue in the future, even if it is an open-plan kitchen, and you can’t really see there is a kitchen there anymore.”

Baacke employs a holistic approach to design – something he attributes to his architect father. “Architects have a special way of looking at things,” he says. “They can look at a plan from above and imagine how it will be, and not everyone can do that. What I love about Gaggenau is how everything comes together because the kitchen is very complex: it’s form, it’s function, it’s architecture…”

Much of Gaggenau’s future-proofing comes from looking at the principles of professional kitchens and ‘domesticising’ them for private use. “There’s a lot of technology that comes out of the professional kitchen and crosses over – like ishi-yaki (hot stone) or sous-vide cooking, steam technology,” says Baacke. “But if you take a steam oven – you don’t want to have a huge thing like that at home. So to get that into your home in a way that fits into your kitchen and is easily operated, that even has an aesthetic that works – that’s the sort of challenge we have every day. You even clean it in a different way, because you can hose it down in a professional kitchen, it’s no problem. Actually I have this problem at home at the moment, because I have a young son who is making a mess everywhere, so maybe that’s something to think about for the future …’’

There he goes again – backcasting for the home … – MARK HOOPER