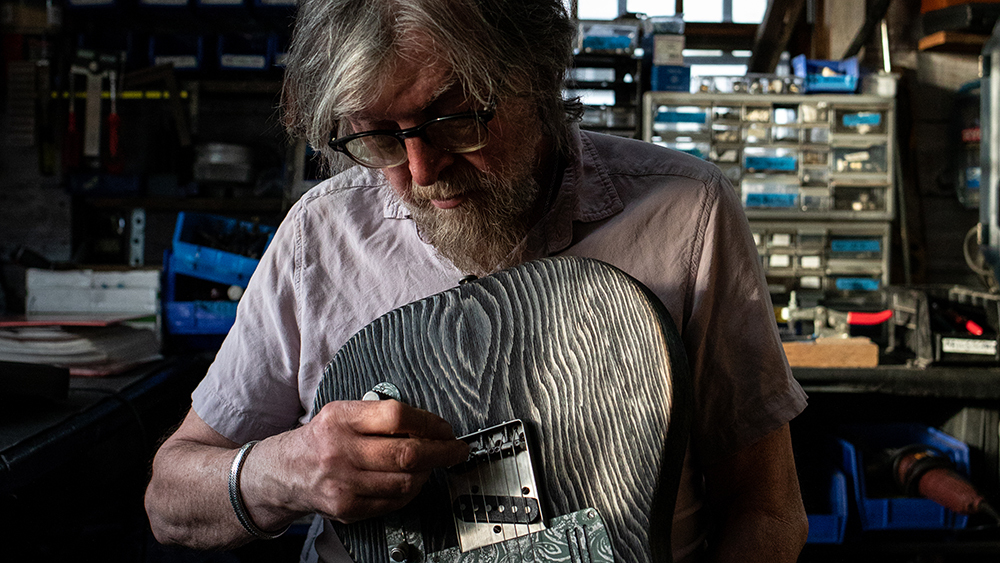 There’s no better endorsement for a guitar maker than having talent the likes of Keith Richards, Eric Clapton and Jack White own several of your handmade instruments. That craftsman is James Trussart, a French native who moved to Los Angeles in 2000 and is considered by many to be the world’s preeminent producer of stylish steel guitars. More than precision performance, Trussart’s axes, which sell for thousands of dollars apiece and can take anywhere from two weeks to six months to build, are designed to have the look and feel of a vintage instrument with the added appeal of metal construction. But achieving that desirable worn-in look takes ingenuity and devotion to detail. “When you love what you’re doing, it’s easy to maintain complete focus on every aspect of production,” says Trussart, who invited Robb Report for a visit to his LA workshop. “This is my art. It’s my soul. It’s a piece of myself that I am giving to another person, a guitar player, to be happy about and inspired by.”

Below we take you backstage to see every step that goes into making one of Trussart’s bespoke beauties.

The steel guitar’s front and back halves are formed with a stamping press, then seamlessly fused together by welders whose expertise is building aircraft. “They are very precise, because they have to be,” says Trussart. The guitar body pictured here is made with perforated steel, a Trussart trademark that produces a thick and resonant tone combined with an edge that can cut through even the loudest clatter.

Many Trussart creations feature imprinted patterns into the guitars’ metal bodies. While skulls, roses and tribal art are common themes, perhaps the most sought-after design is alligator skin. To achieve this effect, the guitar maker “sandwiches” the metal between pieces of real alligator skin and lets it soak in a chemical solution for several days. The end result is pure croc ‘n’ roll.

Trussart employs engraving techniques pioneered by the great German Renaissance artist Albrecht Dürer. But he’s most famous for his “Rust-o-Matic” technique (a term coined by ZZ Top guitarist and Trussart fan Billy Gibbons) in which he leaves the guitar body exposed to the elements for weeks at a time to achieve its rusty, weathered look.

Before adding the pick-guard, bridge or pickups, Trussart brushes, sands and polishes the metal to achieve an array of finishes. He calls his signature look “fossilised discarded machinery” and, indeed, every instrument he makes possesses at least a slight element of neglect and decay. That worn-in look, he says, makes the guitar feel like home the second you lay your hands on it.

Assembling the neck, crowning the frets and wiring the inside of the guitar—these are a few of the intricate processes that determine so much about a guitar’s personality: its tuning, intonation and action. It is this stage, says Trussart, “where there’s plenty that could go wrong”. Which brings us to…

Trussart plays every guitar he makes to ensure everything’s perfect, and an instrument doesn’t leave his workshop unless it measures up. “When a guitar goes to its new owner, it must be ready to be played on stage in front of huge crowds or to make magic inside a studio,” he says. “It’s my job to make sure that it is.”