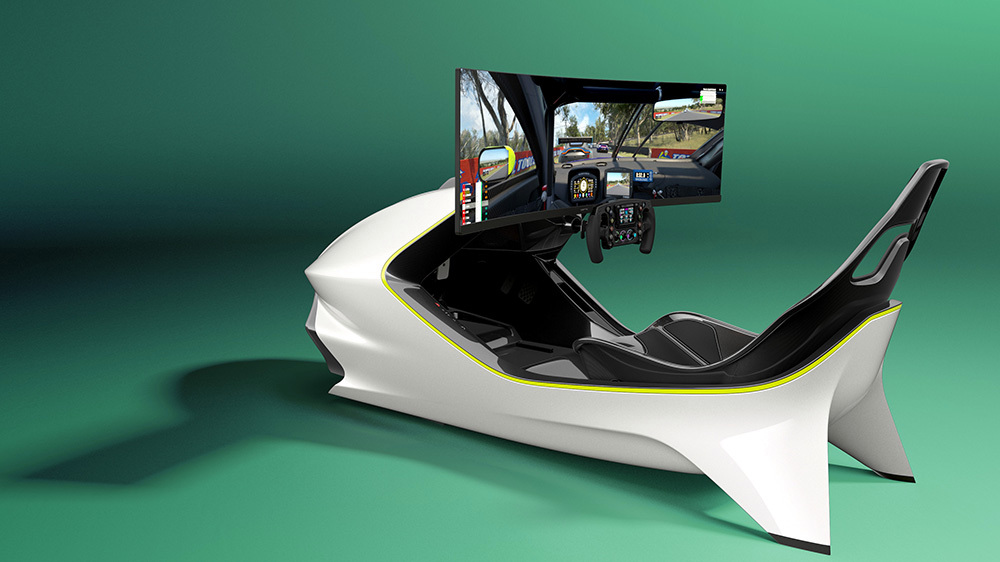 You can now drive James Bond’s favourite marque without having to leave your home. That’s because the Aston Martin’s latest product isn’t actually car, but a high-tech racing simulator for your man cave. And like the marque’s DBS Superleggera or Vantage, the gaming rig combines elite performance and luxury to create an immersive experience the likes of which the e-sports world has never seen.

The AMR-C01 simulator is the first phase in a new partnership between the British automaker and Curv Racing Simulators. And for their first collaboration, both sides stuck to what they know best, with Aston Martin handling the design and Curv the engineering, according to a press release. The resulting simulator, which features a carbon-fibre monocoque and the same seating position found in the Valkyrie supercar, looks a lot more stylish than other similar setups. It features sleek lines, a shark-like front and side fins that make it look vaguely amphibious. It’ll look right at home in the most luxurious of gaming rooms. 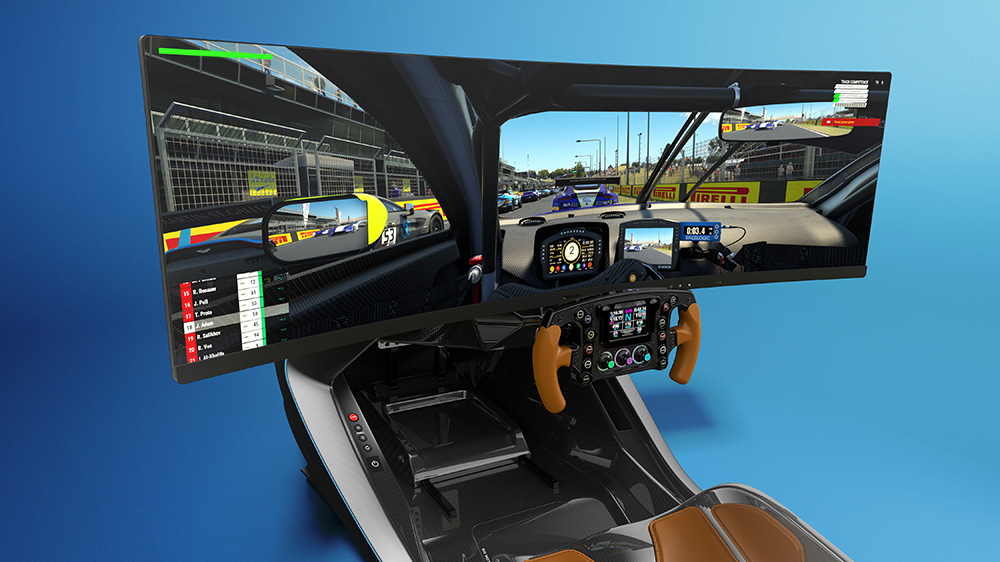 Beyond the exterior, Curv’s technological know-how means the AMR-C01 is no virtual racing slouch. The company is led by Aston Martin factory driver Darren Turner who has worked on Formula 1 simulators for 20 years now. The hand-assembled simulator is equipped with the highest quality components and latest Assetto Corsa software, giving users access to a wide variety of car models and tracks, as well as offering compatibility with other PC-based racing software.

“The AMR-C01 is all about the love of racing. We’ve created a home simulator with incredible immersion that offers users the opportunity to have a great time racing in the virtual world, from the comfort of their own home,” Turner said. “Our goal was to create a simulator that provided as much enjoyment in virtual reality as real racing does. Racing cars is a lot of fun, and it is great to see that with the growth of e-sports racing, more people are now getting involved.” 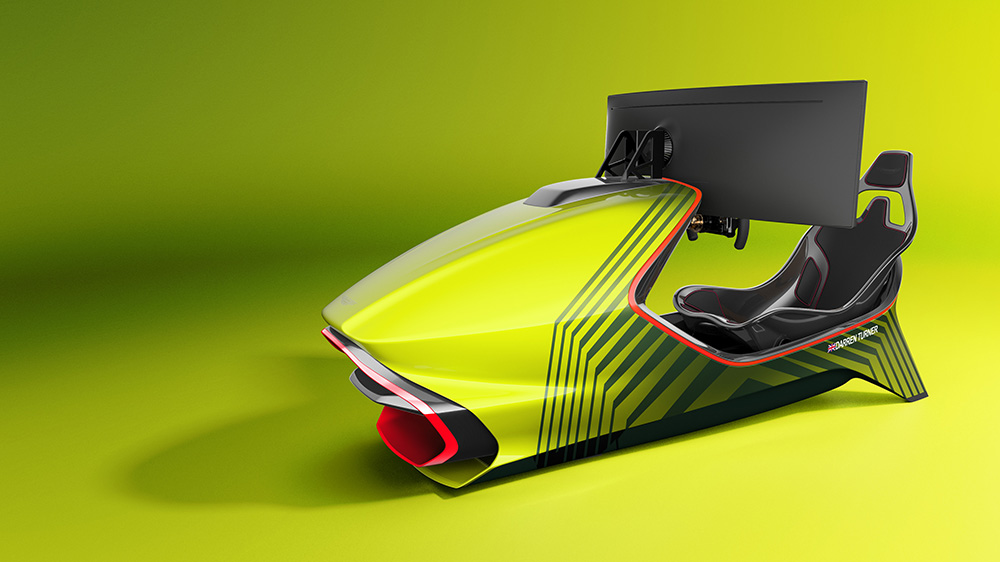 Just like one of Aston Martin’s more exclusive vehicles, the AMR-C01 will be available in a limited run of just 150 examples. Deliveries of the £57,500 rig are set to start later this year. Of course, if you miss out on it, fret not, because the world of luxury racing simulators is growing at a breathtaking pace.