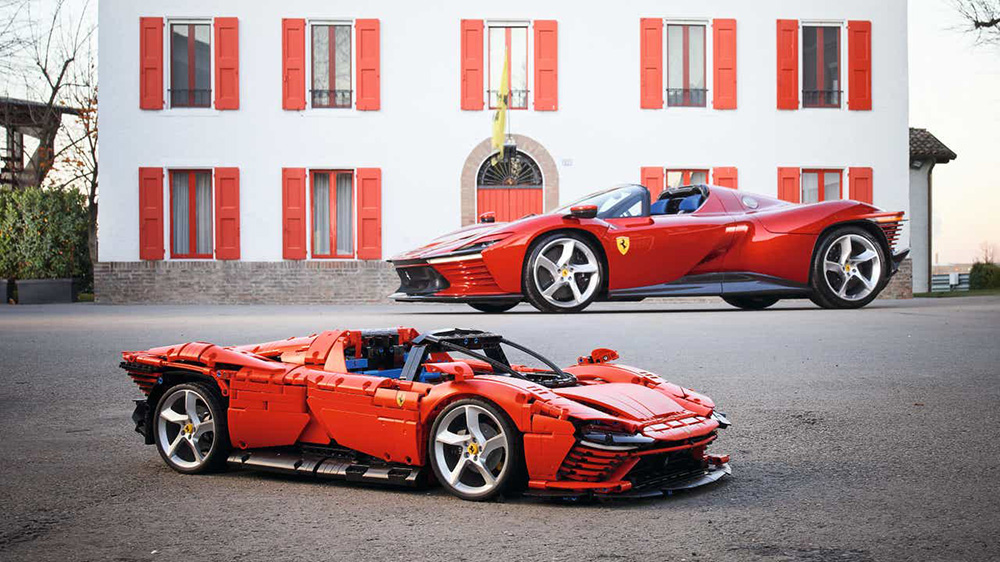 Lego worked directly with Ferrari to make sure it did the Daytona SP3 justice.

While designing its latest hyper-detailed Technic car model, the Danish toymaker sent a team to Italy to witness the dazzling supercar being built, according to Car and Driver. The information gained from the trip allowed Lego to create a set that does so much more than just look good on display.

The famed toymaker spent two years working on its 1:8-scale Daytona SP3 model to make sure it got every detail just right. As part of the process, a team of designers, including model lead Aurelien Rouffiange, were dispatched to the Prancing Horses’s Maranello headquarters to watch the automaker’s engineers build its ‘60s-inspired speed machine from the ground up. This gave the team a better understanding of what makes the vehicle special than it would have gained from just studying its schematics.

Because both companies were working on their respective Daytona SP3s at the same time, there were occasional difficulties that don’t come up when you’re creating a model based on a finished product. “So many times, you spend two to three weeks on a small detail and [Ferrari] said ‘Yes, it’s good,’” Rouffiange told the publication. “And then the week after, ‘By the way, we changed it. It’s not like that anymore,’ and then you have to go back and do something new.”

All that extra work looks to have been worth the hassle, though. The Lego Technic Daytona SP3, which measures 23 inches in length, doesn’t just look like the flamboyant track machine it’s based on, it also shares some of its functionality. There are several elements that work similarly to their full-size counterparts, like the replica 829 hp V-12 and its working eight-speed transmission. The car is also equipped with opening butterfly-style doors and a removable black panel roof. The entire set consists of 3,778 pieces, some of which are unique to this specific model.

Impressed? You can buy Lego’s version of the Daytona SP3 now through its website. The set is aimed at enthusiasts age 18 and older and costs £350. That may seem like a steep price to pay for Lego, but it’s a whole lot less than the full-sized car’s seven-figure price tag.