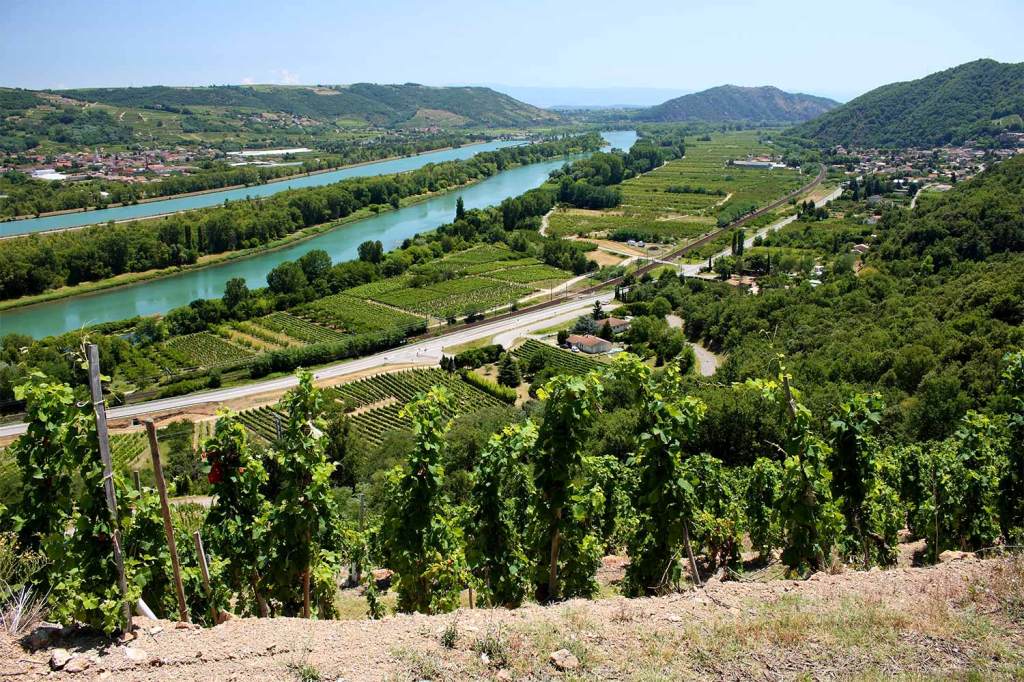 It sounds a peculiar concept – touring Bordeaux’s most prestigious wineries and vineyards in a vehicle as inextricably linked to London as red buses and bearskin guards – but that’s what new start-up Wine Cab are all about. And, there are undeniable benefits to their offering: the black cab in question has been transformed into a private tasting room, avec mini-bar, and is driven around the Bordeaux vineyards, the Médoc, Saint-Emilion, Pomerol and Sauternes by a bilingual enthusiast with impeccable knowledge of the region and its viticultural splendour.

In the meantime, here’s our pick of the more conventional wine tours France has to offer. Next week: our favourite alternatives to exploring Scotland’s distilleries in a Citroën 2CV…

The programme starts, on the first morning, with a chauffeured visit to Moët and Chandon in Epernay, for a tasting of Dom Pérignon in the remote areas of the cellars rarely seen by the public – but this tour is also a fit for those who want to take in the lesser-known makers and their delectable wares.

Grape Escapes has relationships with small, family-run producers (as well as big players like Ruinart, Taittinger and Veuve Clicquot), and the second full day involves tours and tastings at three estates of your choosing. The company points out, though, that the more premium houses don’t tend to receive visitors at weekends (many don’t at all). Discuss options in advance, and they’ll put feelers out for you and create a bespoke itinerary: this tour’s major USP.

Elsewhere, the trip involves a cruise on the Marne River in a vintage wooden cruiser – a great vantage point for taking in the vineyards – as well as quirkier escapades such as the Napoleonic art of Sabrage: opening a bottle with a sabre.

DURATION 3/4 nights
WHERE YOU’LL STAY: Royal Champagne Hotel & Spa: a 47-room gem, just outside Champillon overlooking arguably one of the most famous vineyards on the planet.
HOW TO GET THERE: Global chauffeur service Blacklane will take a group of five from Paris Charles De Gaulle or Gare Du Nord to Reims, and back a few days later, for around €660
PRICE: Around £3,300 per person, BOOK NOW

Master of Wine James Cluer, your guide for this experience, promises “copious amounts” of Châteauneuf-du-Pape and Gigondas while exploring a region famous for its Syrah grape reds and Viognier grape whites in the north and its red, white and rosé blends in the south: a locale whose viticultural credentials actually go back to the ancient Greeks of pre-Roman France planting vineyards here.

As well as privileged access to their cellars and reserve wines, the tour – which takes in a 125-mile ribbon from Vienne in the north to Avignon, the gateway to Provence, in the south – offers a huge educational element (you’ll learn, for example, how the Romans managed to cultivate vines on such a contrary terroir found on the steep hillsides of Cote-Rotie and Condrieu). It also boasts an impressive culinary component: one of the five-star hotel’s in which guests stay, La Pyramide LINK HERE, has a two-star Michelin restaurant.

DURATION: Four nights
WHERE YOU’LL STAY: La Pyramide, plus Hotel d’Europe in Avignon
HOW TO GET THERE: Again, we suggest Blacklane: five guests, from Lyon Airport to the city centre (where the rendezvous takes place) and back a few days apart, will cost around €124.
PRICE: Around £3,000 per person, BOOK NOW

Bordeaux, With Bordeaux With Elodie

Born-and-bred local Elodie Jouannel is arguably as much a product of Bordeaux’s terroir as its local wines: her grandfather was in the business, her brother manages a nearby chateau and her cousin is a wine merchant.

With resulting excellent contacts in the region, she’s able to offer plenty of choice to guests when it comes to which wineries, family-owned estates and Grand Cru Classé you’ll get to visit in Margaux, Saint Julien, Pauillac, Saint Emilion, Pomerol and Saint Estephe – along with others dotted along the Route des Chateaux – over the course of the tour. So, you’re advised to start keep a notebook of which drops from the region are delighting your palate: Château Lafite Rothschild, Château Margaux and Château D’Yquem are all likely to be high on the wish list though.

A barrel maker visit, during which you’ll find out the profound impact of French oak on Bordeaux wines’ flavour profile, is also in the mix, as are visits to charming local brasseries and picnic lunches next to the vines.

DURATION: Four Nights
WHERE YOU’LL STAY: Villa Foch, a quirky, five-star boutique hotel (with an irresistible spa), near Grand Theater Opera National of Bordeaux
HOW TO GET THERE: Pick up from Bordeaux–Mérignac Airport is included.
PRICE: Around €2150 per person, BOOK NOW

Best known for dry whites it may be, but the Loire Valley also boasts the second highest concentration of sparkling-wine producers in the country. You’ll visit these as part of being chauffeured around the Saumur and Touraine regions in a tour which sees you turn in each night in the kind of turreted chateaux for which the region is also renown.

Elsewhere, lessons in biodynamic viticulture take place over sips of world-class Cabernet Franc and Chenins at the 50-acre Domaine des Roches Neuves in Saumur-Champigny, before moving to the Couly-Dutheil in Chinon and its reds, whites and rosés.

A trip which also leaps from the Cabernet Francs of Bourgueil to the Chenin Blancs of Vouvray will, throughout, offer striking demonstration of the diversity of varieties in a locale which is effectively a patchwork of micro-climates. And, you’ll take in a plethora of renaissance architecture and sublime landscaped gardens along the way.

DURATION: Four Nights
WHERE YOU’LL STAY: Chateau de Verrieres and Domaine de la Tortinière – two charming properties, in Saumur and Veigné respectively, that deliver admirably on English connotations of the word ” Chateau”.
HOW TO GET THERE: This being a self-driving tour, we recommend a hire car for the 130-mile jaunt from Paris – especially as it’s only another 220 or so miles on to Bordeaux…
PRICE: From £1,490 per person, BOOK NOW

Mineral-rich Grand Crus such as Osterberg, Geisberg and Rosacker, time-portal villages such as Ribeauville and Obernai, to-die-for gastronomy… There’s plenty to recommend Alsace to those who haven’t yet sated their post-lockdown epicurean appetite of their.

Every trip Cellar Tours organises is fully tailor-made, with opportunities to sprinkle extracurricular activates over all the masterclasses in Alsatian wine including cooking classes, private walking tours, hiking or cycling in the vines and cultural heritage tours. Demonstrating the German influence in this part of France – you can take a tram from Strasbourg to Kehl in just 15 minutes – you can even undertake a microbrewery tour.

Meanwhile, we’d recommend those on a didactic mission take in the masterclass on terroir stratification, whilst the visit to Domaine Weinbach – a low-yield estate founded by Capucin monks in 1612 – is also a must for serious oenophiles.

Guests – between two and 14 of you – are provided a chauffeur throughout by English-speaking drivers. Private chefs, butlers, sommeliers and guides can also be arranged.

DURATION: 3-5 nights
WHERE YOU’LL STAY: Carefully chosen hotels in the region including Villa Lalique,  Régent Petite France and Spa des 5 Terres
HOW TO GET THERE: Cellar Tour’s chauffers will pick guests up from Strasbourg or Basel Airport.
PRICE: POA, BOOK NOW