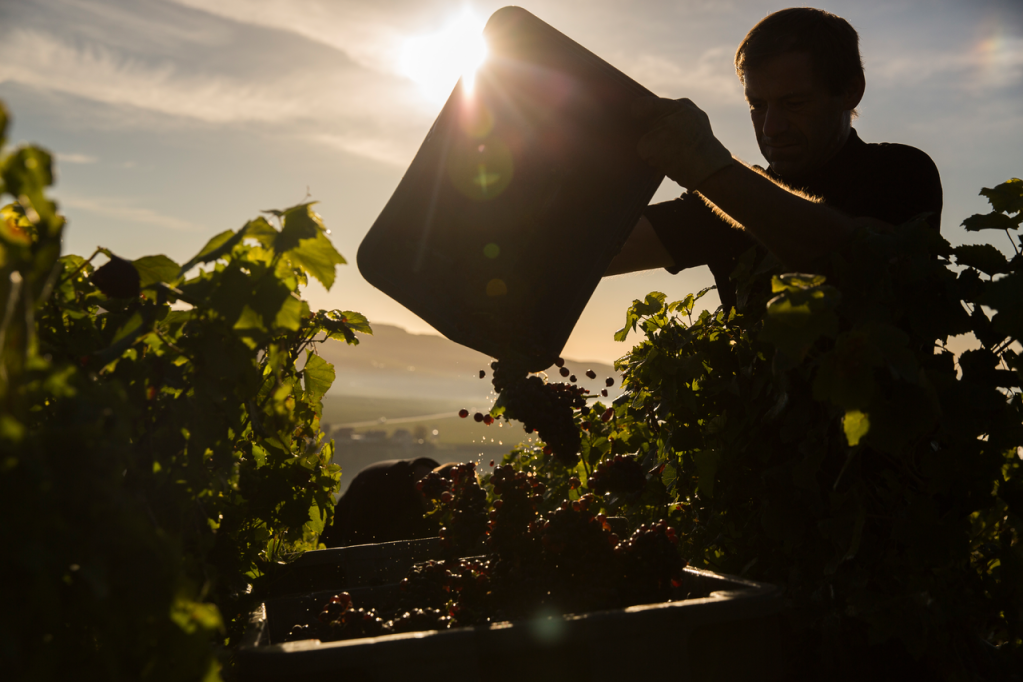 If you haven’t yet heard, the latest big thing in the fine wine world is Prestige Cuvée Champagne. Prices for these rarest of sparkling wines have been on a rip, demand is insatiable and any wine collector worth their salt needs to beg for their allocation of the top wines.

For the uninitiated, it is not exactly easy to define what is and what is not a Prestige Cuvée when it comes to Champagne. Price is certainly one indicator: the most expensive wine that is produced at any given House (or ‘Maison’ in French, as most of the larger champagne estates are called) is likely to be most deserving of the label.

Another factor concerns ageing of the wine on its lees (the dead yeast cells that contribute the characteristics of brioche, toastiness and other bread-like aromas to champagne) or the date when the wines are disgorged (which refers to all that dead yeast being extracted from the bottle and, often, replaced with a top up of sugary wine or ‘dosage’, as the French call it).

Basically, the longer the wine has spent on its lees, the more likely it will be classed as a Prestige Cuvée. However, the definition is not exact. One of the most – possibly the most – iconic Prestige Cuvées is Salon, which makes only one Cuvée from Chardonnay grapes (a Blanc de Blancs), and whose ageing period is not especially long.

The champagne region makes a lot of wine: around 350 million bottles a year. So perhaps a better way of understanding the Prestige Cuvée category is to think in terms of bottle numbers. A champagne house like Ruinart, for instance, only produces a small percentage of Dom Ruinart (less than two percent), their Prestige Cuvée, relative to the bulk of production which goes into their omnipresent Ruinart Blanc de Blancs.

Even at the regal House of Krug, where arguably every wine they make could be classed as a Prestige Cuvée (along with other Moët Hennessy champagne houses, they tend to treat production numbers like nuclear codes: it’s all on a need-to-know basis, and nobody needs to know!) – the number of bottles produced is small by champagne standards.

Perhaps the biggest secret in champagne is the production numbers of Dom Pérignon. Arguably the most profitable brand in the entire wine business globally, formerly under seasoned genius Chef de Cave Richard Geoffroy and now the youthful guru Vincent Chaperon, they somehow manage to make millions of bottles of incredibly high-level champagne.

Dom Pérignon’s top Prestige Cuvée is the not-so-easy-to-define Dom Pérignon P3, a standard-size bottle of which will set you back several thousands of pounds. The ‘P3’ stands for ‘The Third Plenitude’, an invention of Richard Geoffroy’s flamboyantly creative mind. The best way of understanding this wine is by looking at the aging on the lees (several decades or more), its price-tag (several thousands or more) and the number of bottles produced (who knows, but let’s estimate that it’s less than 25,000 bottles for any given P3 Vintage).

By the way, the Second Plenitude, P2, is also a Prestige Cuvée, both in terms of price and quality, despite the ageing period being much shorter than for its older brother; its production numbers are likely to be tenfold those of the P3.

Alongside Prestige Cuvée from the big houses of champagne stands the ‘Grower Champagne’ phenomenon. This concerns smaller estates that are growing their own grapes, rather than buying them in from other growers, to create wines that will make it into their final blends. Extremely trendy and desirable, the results of this approach from the likes of Jacques Selosse, Bérèche, Savart and Pierre Péters are every bit as in demand as the top Prestige Cuvées from the houses.

But they are different in that many of them simply do not have the balance sheet to create the long-aged monsters that form the basis for the Prestige Cuvées from the larger houses. The exceptions include Prestige Cuvées such as Les Chetillons from Pierre Péters (my favourite), a number of top cuvees from Jacques Selosse and Venus from Agrapart & Fils.

Easy to follow so far? As you can see, nothing is straightforward when it comes to Prestige Cuvée champagnes, but that has not becalmed the market, or put off collectors (who are attracted even more by the fact that Prestive Cuvées are still relatively available and affordable compared to many still wine blue-chips).

To understand why, we need to go back in history and examine how champagne was sold and viewed by those who drank it – and what has now changed. We do not need to go back very far to note that champagne is viewed as a celebratory drink; as an aperitif rather than a ‘food wine’; and is a wine that you do not generally age, but open as and when the occasion permitted, which often would be at weddings, birthdays, and, in particular, in nightclubs.

The vineyards of Dom Pérignon: “arguably the most profitable brand in the entire wine business”.

As such, although some drinkers would be interested in vintage champagne (a wine from a specific harvest year), most people buy the classic non-vintage brut from household names such as Moët & Chandon, Veuve-Clicquot, Bollinger and Taittinger. However, there were always a few producers, generally small, who made long-aged vintage champagnes for a small, discerning group of drinkers. These included the very first top Blanc de Blancs (Champagnes made only from Chardonnay grapes) such as Salon, as well as individual Cuvées such as Tsar Alexander II’s favourite tipple, Cristal, which – according to urban legend – Louis Roederer kindly made with a flat punted bottle in clear glass to ensure no one could plant a bomb without it being seen by the Tsar’s personal food and wine taster.

As champagne began to see market share being eroded by new up-and-coming sparkling wine producers in countries such as Italy, Australia and the US, a new breed of all-singing, all-dancing Chefs de Caves (the people responsible for the winemaking, the stylistic direction of the wines and often much else besides) started to take the helm at top champagne houses.

And so, innovation started to rear its head in one of the most traditional wine regions on the planet. Someone, somewhere must have said: “Guys, we need to raise our game; how do we get consumers to understand that champagne can age really well, be drunk with food and have a secondary-market investment value: anyone?” In answer to which someone else on the team – maybe even the Chef de Cave – piped up: “I have a good idea. Let’s take a bunch of bottles, stick them in the back of the cellar for an extra ten or twenty years, re-label them and sell them at five or ten times the price we normally sell our champagne.”

At this point, you might be thinking the whole thing is a marketing scam. But this is not true. For starters, Prestige Cuvées are first and foremost crafted from the very best grapes from Grands Crus (and sometimes Premiers Crus) villages, in what the Chef de Cave believes are the best vintages, which probably explains why they age so well and the bottle numbers are limited.

Furthermore, the reality is that the best champagnes pair wonderfully well with all types of foods, and an extra decade or so on those dead yeast cells really does result in an incredible final product that is markedly better than its younger siblings. Plus, no business enterprise can afford to tie up much stock in this way over decades, so the bottle numbers are always going to be relatively small. Et voila! This is how the 21st century Prestige Cuvée champagne market was born.

With all that in mind, here’s my list of the best of the best Prestige Cuvées, organised by category. When it comes to the best quality Prestige Cuvées I would recommend Salon, Krug Clos du Mesnil, Krug Clos d’Ambonnay, Dom Pérignon P3 and Cristal. If it’s investment you have in mind the list changes a little: Salon, Krug Clos du Mesnil, Dom Pérignon P3 and Taittinger Comtes de Champagne (which lots of observers are now suddenly realising has been undervalued).

There are many other top Prestige Cuvées out there, including Bollinger Vieilles Vignes Françaises Blanc de Noirs (very rare), Boërl & Kroff (which has a tiny production of very expensive, large formats-only, which I love), Pol Roger Winston Churchill (revered by the British), Perrier-Jouet’s La Belle Époque (a classic example of Prestige Cuvée), Veuve-Clicquot’s La Grande Dame and Philipponnat Clos des Goisses (one of the very first and most loved Prestige Cuvées, but which I have never been bowled over by).

Last, but certainly not least, my all-time favourite – no longer in production, but soon-to-be re-released – the incredible Champagne Charlie from Charles Heidsieck. Alongside the 1979 Krug Clos du Mesnil, the Champagne Charlie 1979 in Magnum was the greatest champagne experience of my life, helped by the fact that Stephen Leroux, the Executive Director of the House, play-acted on stumbling upon an unlabelled Magnum in the underground chalk cellars and suggested we open it to see how it tasted. The aromas and taste were sublime, and the bottle was as fresh as a daisy!

We must also discuss bottle format. Champagne, more than any other wine type, ages better and becomes a fresher, more compelling wine when stored in Magnum and Jeroboam form. There are technical reasons behind this which go beyond the scope of this article, but trust me – it’s true. The issue, of course, with Prestige Cuvées that are already made in relatively minute numbers is that getting hold of, say, a Magnum of Krug d’Ambonnay or Dom Pérignon P3 is not so easy. But, if you ever do, it is a whole other level of experience compared with the “half magnum” (as my friend Frederic Panaiotis, the Chef de Cave at Ruinart, calls a standard 75cl bottle of champagne).

Prestige Cuvées come in two shades: blancs (white) and rosés (typically pale pink as a result of a small proportion of still red wines being added to the blend). This article has focused on the larger category, the blancs, as the rosés deserve their own full article. Watch this space…

Preferably in a Magnum or Jeroboam bottle (although prices shown here are for 75cl, or ‘half-Magnums’)