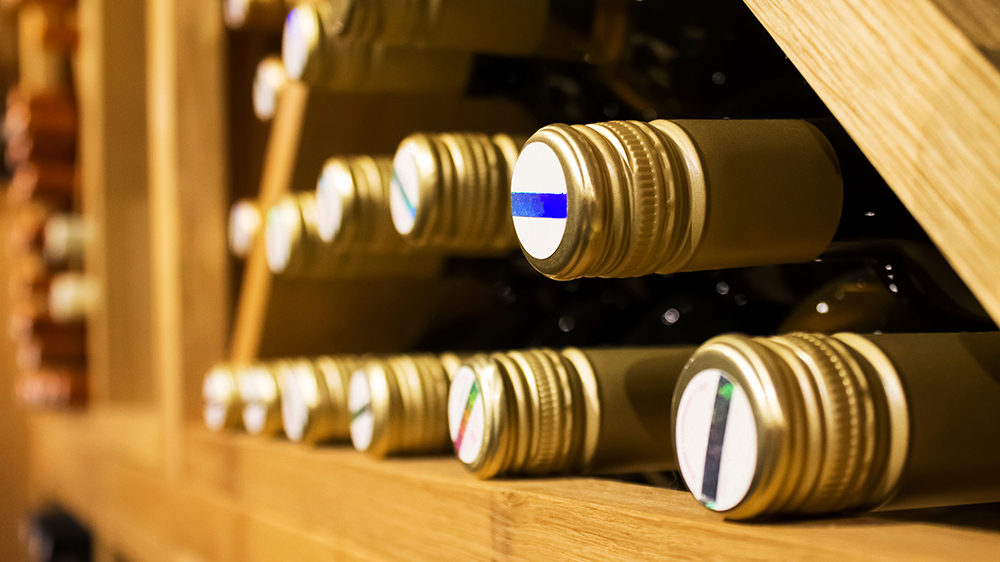 You know the day is not going badly when the five wineglasses marshalled in front of you are each backed by a bottle labeled Corton-Charlemagne Grand Cru. The hill of Corton in Côte de Beaune famously grows some of Burgundy’s great Chardonnay, and the producer—Bonneau du Martray—has the advantage of owning a swath of vineyards running from the top of the hill to the bottom. By blending bright fruit from the top, full of energy and verve, with richer, fatter fruit from the bottom, Bonneau du Martray creates exquisitely balanced Chardonnay, arguably the most complete expression of this legendary place.

The land, in fact, has had only four owners in the last 1,200 years—the first being the Holy Roman Emperor Charlemagne himself, the namesake of the Grand Cru appellation. The current owner? Businessman Stan Kroenke, who also owns California’s Screaming Eagle. Master of wine Mary Margaret McCamic, who markets Screaming Eagle as well as Arsenal FC’s holding company, has poured these wines for me. And the vintages go back far enough in time (1994) to betray an agenda. The question on the table: Can great Chardonnay—white Burgundy, to be clear—age well? Does it turn into something worth waiting for?

We start with the 2016 (the current release, at around £180), and I’m left wondering how much better it can get. This is a bright, energetic wine with rich but focussed fruit, perfumed with white blossoms and balanced by a savoury salinity. Frankly, it’s hard to spit. McCamic puts its youth into perspective: “Great wines are good young, medium and old. You can’t just make something to age; it has to be enjoyable now.” (She makes no reference to colour—just “great wines.”)

As we sip back through the years— 2008, 2005—a theme emerges: a lemon-curd profile with a chiselled backbone, perfect balance between fruit and savoury notes and, above all, mouth-filling texture that feels creamy and angular at once. Along the way, maturity appears
in the form of a honeycomb character, a nutty quality. But all the way back to the 1994, the wines are still fresh and alive. The lemon and pear flavors in that last are just slightly brûléed, the florals on the nose a little sachet-like—the whole so complex that I find myself admitting that it would be a shame to have opened this bottle a minute before its 25th birthday. “You don’t have to wait for these wines to become haunting,” says McCamic, “but if you do, they become elegant, honeyed.”

With that taste memory, well, haunting me, I sit down a few days later with Chantal Forthun, head winemaker at Flowers Vineyards & Winery. With vineyards virtually invisible on the far western edge of the Sonoma Coast, elusive bottles, and—until now— nowhere to taste the wines (it has just opened a new tasting room on Westside Road near Healdsburg, California), Flowers produces prized Chardonnays and Pinot Noirs that have the air of unicorn wines. But today, Forthun has an agenda, too— she pours the 2006 Chardonnay from Camp Meeting Ridge Vineyard, two miles from the Pacific Ocean at about 1,500 feet elevation.

Fascinating! Although the Camp Meeting Ridge delivers sunny New World fruit, it shows a balance remarkably similar to the Corton-Charlemagne’s. It fills the mouth with texture, yet is bright with acidity, complex with salinity. There’s energy and tension again (think of a taut string on an instrument, vibrating to sound a clear note). And even though the barest hints of honeycomb and hazelnut are creeping in, the wine is absolutely not tired. Forthun describes what the place gives her to work with: texture derived from the soil—broken shale on top with clay underneath offering the oily quality (that’s a good thing)—and acidity from the sweater weather.

I’m reminded of McCamic’s take on what it takes to go the distance. “A simple wine wouldn’t do this,” she says. But with acidity and a complex mix of fruit and savory minerality, age can be a friend. Beyond white Burgundy and strategic California Chardonnays, others that deserve a second look are Riesling, some white Bordeaux and northern Rhône whites (and, of course, Champagne).

But are these whites aging well enough to be worth a second look as an investment? Stephen Mould, Sotheby’s head of wine, Europe, confirms the current potential. “Mature white Burgundy from top producers is selling well at the moment,” he says, adding, “Provenance is always an important factor.” So the dilemma is clear—lay down Chardonnays for later pleasure or profit? My money is on pleasure.