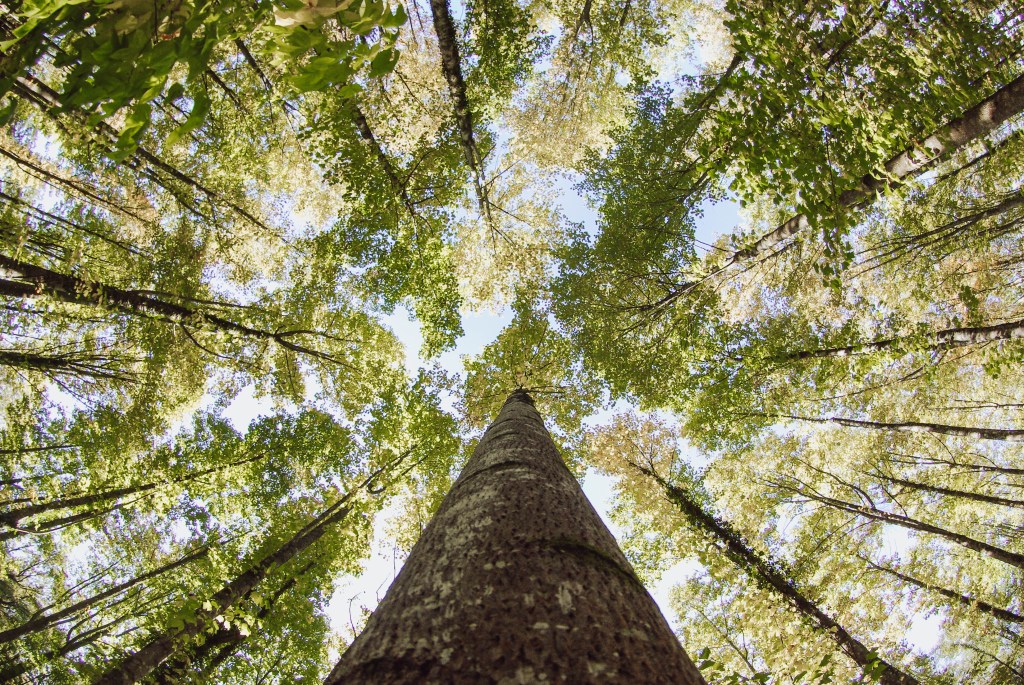 It was my History professor, Dr Bryan Ward-Perkins of Trinity College, Oxford, who first introduced me to the wine trade’s centrality in human history. The mountains of evidence Bryan showed me to prove his point were literal mountains of clay amphorae that archaeologists had dug up in areas which once had high populations – such as Monte Testaccio in Rome – or from numerous shipwrecks around port sites all over Europe and the Middle East.

Chemical analysis has proved that most of these Greco-Roman vessels had been used to transport wine, often originating from countries far away from the where they were found. Quite apart from wine’s historical usage in Judeo-Christian religious practices, the importance of the wine trade was due to the fact that wine, because of its alcohol content, it could be mixed with impure, often deadly contaminated water to create a partially disinfected, safer source of hydration than local water supply, and thus became imperative for human survival.

My favourite wine book is Hugh Johnson’s The Story of Wine. He is a Cambridge man, but I won’t hold it against him. He points out that, although archaeological finds of amphorae proliferate – because they don’t decompose in the way wooden barrels do – the use of wooden barrels for storing wine can be found in Roman literature, as they learned how to use them from the Gauls.

The barrel was, in fact, a Celtic invention and, according to Johnson, not much has changed in how barrels have been produced in over 2,000 years since. But the idea of ageing wines in barrels (‘élevage’, as the French call it) that we know of today is a relatively new concept.

That was because wine spoils easily from a certain bacterium called Acetobacter aceti, and its interaction with oxygen, which turns wine into vinegar. However, greater understanding of how to mitigate spoilage from bacteria, as well as the introduction of glass bottles and corks to seal the wine from air for long periods of time, allowed a fine wine trade to flourish, and service the desires of the aristocratic and wealthy classes. The period of trusted brands, being sold under the name of the estate, began. We know this because on 10th April 1663, the English diarist Samuel Pepys drank a wine called ‘Ho Bryan’ (Château Haut-Brion) at the Royall Oak Tavern in Lombard Street, in the City of London.

Merci, Napoleon!
The increasing use of French oak (Quercus Robur) by the top Bordeaux estates to improve their wines (élevage) brought with it improved quality and complexity in the end product, as it could not only be matured for longer – without having to be rushed out to market before the wine spoiled – but could be sold when the winemaker (or vigneron) judged the wine to be of a quality that would both justify a higher price and be emblematic of the style of the estate.

Thanks to Louis XIV’s Chief Minister, Jean Baptiste Colbert, the need for strong oak to build a Navy fleet resulted in the planting of the Tronçais forest. Napoleon, for similar reasons, also planted whole forests of oak (which is fortunate for the fine wine industry today, as it takes 150-200 years for French oak to be harvested). Interestingly, much of the oak staves, originally intended to build ships, ended up circumnavigating the globe in casks holding wine and spirits. Today, the forests of Allier, Limousin, Nevers, Tronçais and Vosges – mainly located in the central region of France – are the principal sources of oak staves for French wine barrel production.

Nowadays, competition to get the best oak staves among coopers (or ‘tonnelleries’, as the French barrel makers are called) is fierce, which in turn means there is an equally competitive fight to get hold of the best barrels. Unsurprisingly, therefore, the cost of the best barrels is high. A typical high-quality 225-litre (used in Bordeaux) or 228-litre (used in Burgundy) oak barrel can cost between between €850 and €1,200 each – or sometimes more. Given that some fine wine producers need ‘new’ oak every year to raise their wines, the cost of barrels can be among the highest expenses in the production process.

The best barrels are typically the ones that are fine-grained, well seasoned (which means aged naturally, outdoors) and made from the best part – the ‘heart’ – of a single oak tree. Wineries – depending on the style of the wines they are trying to make – then demand a certain type of toasting: literally, a process where the cooper burns the inside of the barrel at a light, medium or high toasting level. This causes different types of flavour compounds to be imparted into the wine as it ages in the barrel. Lighter toasting imparts less flavour to the wine, but you will still get creamy vanilla notes; medium toasting gives sweeter, caramel flavours; and high toasting, darker mocha, smoky, and espresso flavours.

A Dirty Secret
The issue with ageing fine wines in oak barrels is that, if it is not done judiciously, the wine that goes into the barrels can be masked by the impact of the oak. Effectively, the oak becomes the ‘make-up’ that covers the face of the wine. If the winemaker wants to spread his wine with ‘lipstick’, it’s easily done through the barrels and toasting levels he chooses.

In the period when Robert Parker Jr, once the world’s most influential critic, was dominating the fine wine world, many a winemaker across the planet would try to model the style of their product to fit their perceived view of what Parker liked: hence, Parkerisation – the big, bold, oaky fruit-bomb style adopted in Napa Valley, parts of Bordeaux and elsewhere.

If a winemaker is looking for a pure style of wine, where the oak is barely perceptible, then they should either not use oak barrels or focus on barrels that impart the least impression on the wine, including those that have been used to age wine before: those in their second or third year of use. The better your wine quality, the more you can get away with using oak in a non-interventionist way, as your wine will be good enough without the make-up.

Indeed, a number of top fine wine producers do not use oak at all. Loic Pasquet at Liber Pater in Bordeaux only uses ceramic pots. Charles Lachaux at Domaine Arnoux-Lachaux, the winner of the 2021 Golden Vines World’s Best Rising Star Award, has also decided to reduce the use of oak aging down to zero. Both crave a style of wine that emphasises purity above all else. The vast majority of fine wine producers still use oak, but have become increasingly picky about the coopers they use, as well as the range of barrels made by that cooper, often preferring higher-end or limited edition runs of barrels.

Burgundy Leads The Way
In Burgundy, the hottest area of the fine wine market over the last five plus years, most wine estates (‘domaines’) make many different wines – 10 or more – but in very small quantities: sometimes only a few barrels. As a result, the choice of barrel becomes even more important, as they don’t have the liberty that Bordeaux estates have of using multiple coopers and types of barrels to blend away the influences from any particular barrel. It is, therefore, in Burgundy where you can see a lot of change, particularly among the younger winemakers who are coming to dominate the landscape. Choose the wrong wood, and it will ruin the reputation of a wine – which could take vignerons years to recover from.

Walking around domaine cellars in Burgundy you will see a multitude of barrels from different coopers: François Frères, Seguin Moreau, Chassin, Taransaud, Billon, Saint Martin, Rousseau, Cadus, Sirugue, Remond, and more besides. You will see higher-end edition barrels from these coopers with names such as Ana, Alto, T5, Synergie, CbyCadus, Vidéo and Aphrodite.

My friend, Pierre Cavin of Tonnellerie Cavin, makes the Aphrodite range from Chatillonais wood. Only 30 years of age, he makes some of the best and most expensive barrels on the market. He went to school with many of the Young Turks running the top domaines, and they have started to buy Cavin barrels by the bucket-load. Having done numerous cellar tastings of the same wine from Cavin barrels and other coopers, it is not hard to see why. The wines from the Cavin barrels have much less obvious wood impact, integrating with the wine seamlessly, and allowing for the ‘pure’ style often sought by the younger vignerons.

Indeed, on a recent visit to Tenuta San Guido, the makers of famed Sassicaia (from the Bolgheri region of Italy), I was surprised to see a number of Cavin barrels in the cellars. Clearly, a number of the top estates outside of Burgundy are experimenting with the best barrels principally made for wines emanating from the Côte d’Or.

Over A Barrel
If you want to see how important and emotive the oak barrel is to winemaking, I suggest you watch the documentary The Barolo Boys. This tells the story of ‘The Barolo Wars’, a period in the 1980s and the 1990s when younger winemakers in the Piedmont region of North-West Italy (where Barolo and Barbaresco are made) started to eschew the use of the large, mainly neutral ‘Botti’ wooden barrels (traditionally made from Slavonian oak), in favour of ‘barriques’ (225-litre wooden barrels used in Bordeaux winemaking).

In this historically conservative region, the use of barriques became a virtual heresy, with estates lining up either with the ‘Traditionalists’ or changing sides to join the ‘Revolutionaries’. The idea of imparting oak flavours to wines made from the noble Nebbiolo grape meant that village neighbours, previously good friends, would no longer talk to each other. One winemaker, Bartolo Mascarello, even came out with a now famed label on his bottle, which read: “No Barrique, No Berlusconi”.

At the heart of the debate was the issue of how to tame these famously tannic wines and make them more approachable in youth, which the Revolutionaries believed they had solved by using the barrique’s softening effects and greater air exchange per volume of liquid to make the wines drinkable in youth. Whichever side of the debate Piedmont winemakers were on, the end result was a focus on creating better wines that could be enjoyed earlier, and the region as a whole benefited immensely from the bloodless war that ensued during those years.

An Acclaimed Californian Maker Of Pinots And Chardonnays, Sonoma’s Kosta Browne Sets Its Sights On Burgundy