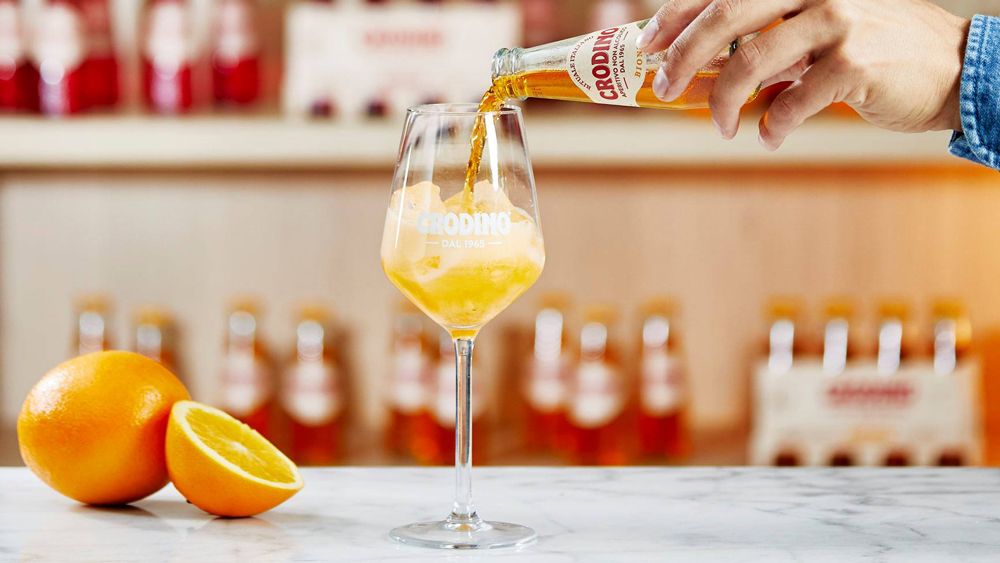 When talking about Dry January and non-alcoholic replacements, and why I’m such a huge fan of these little bitter N/A sodas from the northwest corner of Italy, I find it useful to bring up the concept of the “Uncanny Valley.”

The Uncanny Valley is a term coined in the 70s by a Japanese robotics engineer named Masahiro Mori, and it goes like this: you’re looking at a video of a human being, somewhere on a scale from zero percent realistic (stick figures) to 100 percent realistic (actual people). Starting at the bottom of the scale and moving up, as the realism gets better and better, the person on the screen becomes more likable, more relatable, until they hit this point around 90 percent realistic, where they suddenly become distasteful and deeply unsettling: too realistic to be a cartoon, but your brain is telling you it is definitely not human. This is the Uncanny Valley—it’s why dolls are creepy, why no one saw Gemini Man and why Disneyland’s Hall of Presidents is a waking nightmare.

N/A drinks have their own version of this, though mercifully less horrifying. The problem is that most people think alcohol has two features, when it really has three. Everyone knows the easy two: that alcoholic drinks taste a certain way, and that they get you drunk. Nearly all N/A replacements stop there. Obviously, you won’t get drunk, but imitate the taste as best you can and there you have it.

The third, oft forgotten feature is the effect of taking a sip of alcohol on your palate: alcohol burns. It’s astringent. It fights back and that fight is how your palate knows the difference between beer and non-alcoholic beer. Alcohol is supposed to hurt. This is why soda water is a better replacement than regular water—CO2 turns to carbonic acid on your palate and it hurts. Soft drinks are better still, if you don’t mind the sweetness, because the acidity and carbonation add to each other and it hurts. Not much, but enough. The fight is what you’re missing and the absence of it is why many if not most nonalcoholic spirits are so confusing, how your brain knows it’s definitely not alcohol. Without the fight, you’re just drinking water.

Enter Crodino, a 3.4-oz. bottle of citrus-vanilla non-alcoholic soda from the Italian commune of Crodo. It’s a little carbonated, but mostly its fight comes by way of bitterness. Crodino has a robustly bitter finish, a kind of assaultive quality that you won’t enjoy if you don’t like things like Aperol and Campari, but you’ll absolutely love if you do. The bitterness shows up on the finish, occupying the flavour space where the alcohol burn would normally go, and the relative intensity of the sensation provides all necessary misdirection. It may not trick you, but it gives you something to attach to, successfully imitating the punch of alcohol and saving Dry January from the tedium of herbal tea.

Crodino starts with sweetness, all oranges and vanilla, transitioning to spices like cardamom and cloves, then becomes more herbal towards the finish, leaving you with a lingering earthy bitterness. It works with berries, it works with citrus, it works with Prosecco or N/A sparkling juice as a spritz. It’s a little too sweet on its own, but lengthened with a little soda water and a lemon or lime wedge, it’s magic. Honestly, that’s usually how I take it, but when I’m leaning into the orange-vanilla flavour, I like to make this bitter little creamsicle.

Build this in a tall glass with ice. Top with soda water, and use a straw to mix it all together. Garnish with a lemon wedge, or orange or grapefruit peel. Unless you have an enormous glass, you’ll have more soda water left in the can or bottle, and gently top off as you go, elongating the experience and letting it fade out.