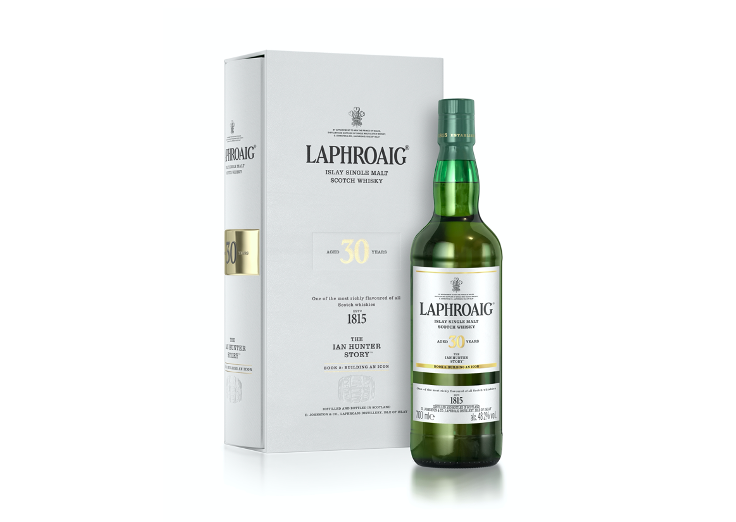 Just in time for Christmas comes a whisky that enthusiasts will be keen to drink – and collectors will see as a ‘must have’.  That pretty much describes the £760 second release (laphroaig.com) in Laphroaig’s Ian Hunter Series entitled Building an Icon (the first release in November last year sold out very quickly, but does appear on whisky auction sites).

Hunter was the energetic but reclusive distillery owner who built Islay’s Laphroaig into today’s powerhouse brand.  The whisky itself, a 48.2 per cent abv cask strength release, is limited to fewer than 5,000 bottles worldwide. Cleverly avoiding the luxury marketing clichés of crystal decanters and oak boxes, it comes presented as a book uncovering the extensive history behind Laphroaig and the characters from the Johnston family who created it.

Joining the distillery in 1908, Ian Hunter was a last founding member of the Johnston family to run operations on Islay and was responsible both for a timely expansion and by leveraging the spirit’s uniquely smokey and complex character, to sell Laphroaig to America during Prohibition, claiming it was required for ‘medicinal purposes’.  On that foundation subsequent owners have grown the brand to the status of a global icon – it famously carries the Royal Warrant of HRH Prince Charles, who has visited the distillery on numerous occasions.

My only gripe: that the packaging is so involving that collectors may never open the bottle. It would be a minor tragedy if this superb and intriguing dram ended as an ‘investment’ bottle. Should you be fortunate enough to track one down, which will require both guile and patience, open it to reveal a palate-stunning explosion of dried fruits (think prunes or figs); dark chocolate orange; exotic spices overlaid with smoke and sun-bleached seaweed. This storied Islay distillery just seems to get better and better with age!

Further releases of what will build a five chapter whisky ‘partwork’ will be released in late 2021 – look out for the next chapter and build a uniquely spirited library!