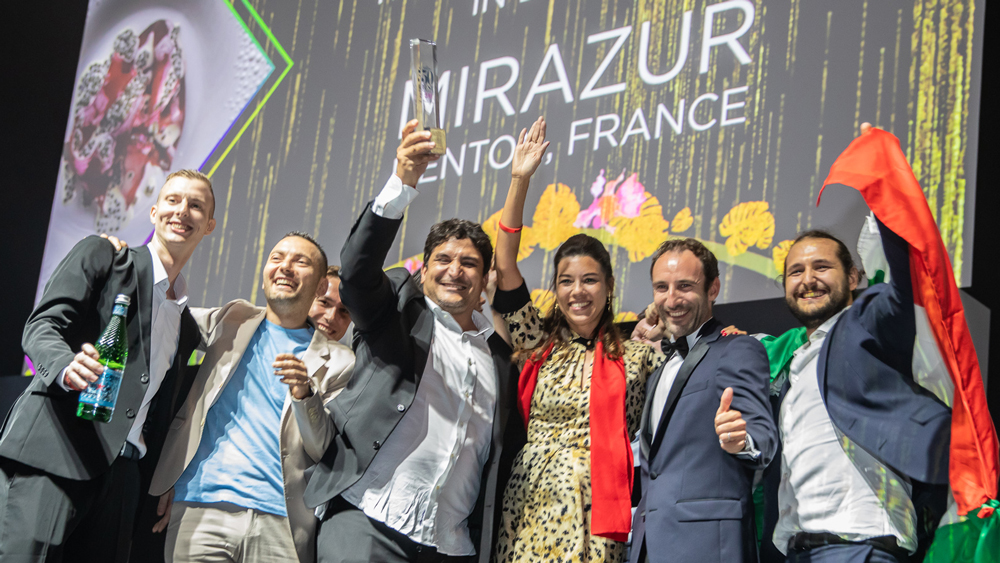 When Mauro Colagreco galloped onto the stage at the World’s 50 Best ceremony in Singapore flanked by the staff of Mirazur, he couldn’t help but reflect on the monumental year he’s had. In January, his restaurant in Menton, France earned its third Michelin star.  Now, just five months later, it has been crowned the world’s best restaurant of 2019.

To be sure, that title is a controversial one. Not for anything Colagreco has done, but because the World’s 50 Best organisation has in the past lacked diversity, inclusion of women chefs and has had an opaque voting process. This year, the organisation changed its rules to try to ameliorate some of those issues, notably, by bringing gender parity to the 1,040 voters that decide the rankings.

One of the changes that came through this year helped clear the way for Mirazur to win, which was that past winners are now no longer eligible to be ranked and are relegated to a kind of emeritus “Best of the Best” position. Noma, because of its new location and new format is eligible for ranking again, thus René Redzepi’s four-time winner re-entered the list this year at No. 2 (Redzepi himself declined to attend, instead staying home for the launch of Noma’s “Plant Kingdom” menu this week).

Even that change to the rules isn’t without controversy. It was revealed in Time last week that this new policy didn’t originate inside the organisation. Instead, an influential group that included past winners—who worried about what losing the top spot did to their reputation in the food world—lobbied the World’s 50 Best for the new rule. So now Eleven Madison Park, Osteria Francescana, The French Laundry, The Fat Duck, El Celler de Can Roca and El Bulli—which is closed anyway—can no longer win. This seemed more a move to shield egos of chefs than it was to give more restaurants a chance to claim the top spot.

Other big winners in Singapore included Spain’s Asador Etxebarri, which jumped from 10 to 3. And for good reason: Its chef Victor Arguinzoniz has been wildly influential the world over when it comes to live fire cooking. Gaggan Anand’s eponymous Indian restaurant in Bangkok came in at No. 4, also winning the award for Best Restaurant in Asia. Geranium made it two restaurants in the top five for Copenhagen, with Rasmus Kofoed’s restaurant rocketing up from No. 19 last year. Central at No. 6 was crowned Best in South America, Pujol (12) is the Best in North America and The Test Kitchen (44) was the Best in Africa—and the only African restaurant ranked.

With Eleven Madison Park no longer eligible, Cosme—led by winner of the World’s Best Female Chef-winner Daniela Soto-Innes—at No. 23 is now America’s best restaurant. After being shockingly snubbed last year by not being included on even the top 100, Dominique Crenn‘s Atelier Crenn made its 50 Best debut at No. 35. Corey Lee’s Benu in San Francisco cracked the list for the very first time at No. 47. Other U.S. restaurants included in the rankings were Blue Hill at Stone Barns (28), Le Bernardin (36) and Alinea (37).

Because of last week’s release of the back half of the World’s 50 Best list (the organisation expanded its rankings to 120 restaurants), we knew a few old mainstays had fallen out of the top 50, including Alex Atala’s D.O.M. in Brazil slipping from 30 to 54 and Arzak in San Sebastian dropping down from 31 to 53. Check out the list of 50 ranked restaurants below.