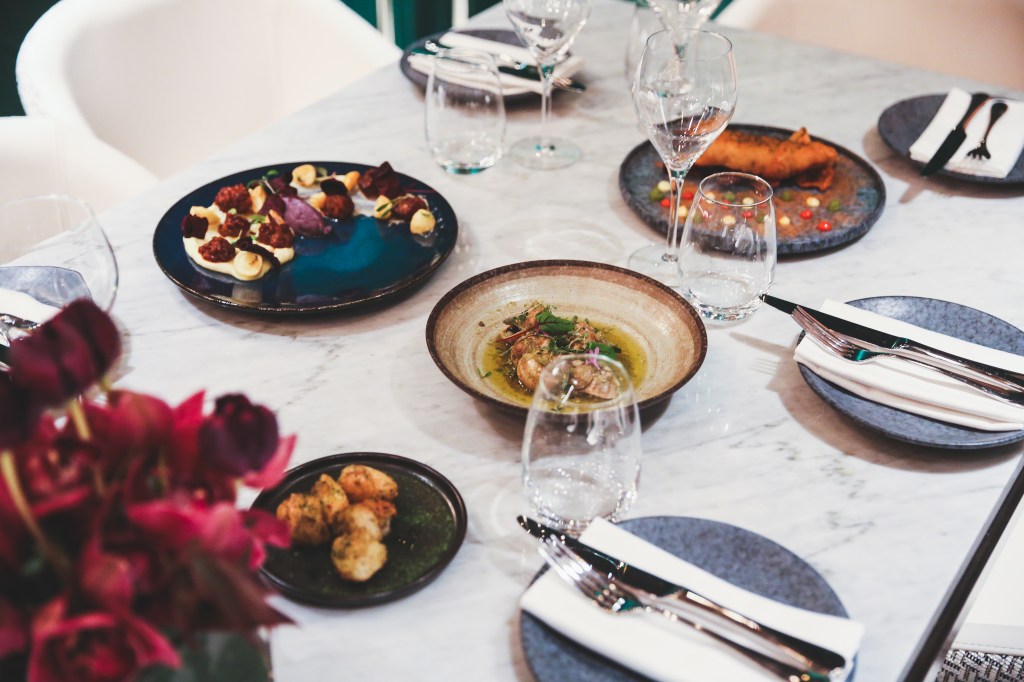 What kind of minor details turn a great restaurant into an exceptional, award-winning one?
I think it’s all about the details. If you take care of the details, including the minutest ones, everything else falls into place. Having a good team that is as passionate and enthusiastic about the brands and restaurants as you are. Having the right people in the right place playing the right role is important. Giving them the resources they need is even more important. It is very important to harbour the culture of innovation. Encouraging creativity along with innovation is the key.
​
Who from the culinary world do you admire most and why?
The culinary world has quite a few gems and I have the utmost respect for them. Like India’s Imtiaz Qureshi, and the fantastic way he, along with my father Mr Jiggs Kalra, were able to revive Indian food and bring some of the most unique dishes back into the limelight. These recipes and dishes had been forgotten and were not getting the admiration they deserved. Internationally I would say Alain Ducasse – he’s one person who believes in giving more than his best. I have been an ardent admirer of his work, especially his restaurant at the Plaza Athénée in Paris.
​
What about in the business world – and why?
Steve jobs: a perfect combination of innovation and creativity, [and energy for] chasing perfection and unleashing the most unique and sought after products. His vision and futuristic approach was unmatchable.
​
How important is it to adapt different restaurants to their surroundings?
​Extremely important. Our brand Farzi Cafe is now in four countries, moving on to the fifth very soon. What we as a team have learned is that despite being the same brand with the same brand philosophy, 30-40 per cent of the menu is different because it’s been curated, keeping in mind the local tastes and preferences of the region we are in. Using local ingredients and creating innovative dishes in sync with the local specialities is what we also do to please palates across the globe. At Farzi Cafe London, we taken things up a notch keeping almost 80 per cent of the menu specific to the guests’ palates and likes. The fantastic produce available in different countries and regions must be utilised to curate a menu specific to the place.

When did you first discover molecular gastronomy, and why did it resonate with you?
​My wife and I dined at elBulli while we were on our honeymoon in 2006. It was one of the most amazing gastronomic experiences ever. It opened my mind and I just knew it right away that this is something that would go brilliantly well with Indian cuisine. The whole concept of molecular gastronomy was very new across the globe and opening a restaurant at that time would not have been the best option as it would have been way ahead of its time. So I waited till 2014 and launched Masala Library. As they say, the rest is history.

How would you describe your approach at the outset?
Our ideology was to use science and creativity together while respecting the host cuisine, and to curate a menu that would elevate the dining experience, giving palates across the globe an innovative, unique experience. We are now in what we call the postmodern, post-molecular age. Some of the techniques we are using now have become very mainstream, just as poaching an egg at one time was considered to be unique. We’re now using futuristic, cutting-edge techniques and equipment and ushering in a new era which marries the old and the new.

You’ve said you’re on “a crusade to make Indian food the dominant cuisine in the world” – what’s the next step with this mission?
The first and most important step is to open high-end well-performing Indian restaurants across the globe. With God’s grace we have been able to achieve this. The restaurants, across popular international destinations, are doing phenomenally well. Both local diners and Indians love our brands and as a result Indian food is gaining popularity especially in this modern age. Diners are enjoying the uniqueness brought in through menus created with innovation and passion. This takes us a step closer to putting Indian cuisine on the global palate. In my opinion our Indian cuisine is the greatest in the world.