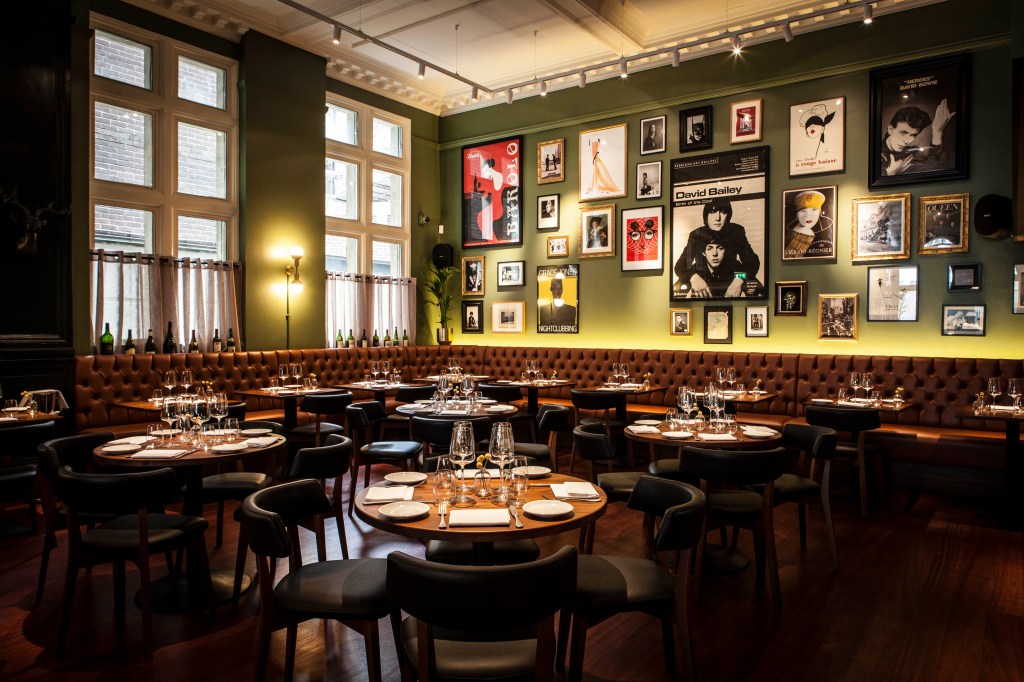 I’ve lived in London for getting on two decades, and I’ve never quite got my head around Holborn – a district lumped between the priapic certainty of the City and the unreconstructed narcissism of Mayfair. So when an invite came in earlier this summer to visit a new restaurant on High Holborn, I can’t say it had me at the postcode. But then I realised my wife and I had an anniversary coming up, and being a hopeless romantic… A booking was made.

Gezellig, as said new establishment is called, opened at the beginning of July and is the brainchild of friends Graham Long, Wieteke Teppema and James Comyn, respectively a chef, a sommelier and a wine trader (let’s do the punchline later), who between them have solid pedigree, racking up stints at Michelin-starred outlets The Square, The Ledbury, Pied à Terre and Elystan Street. Banging soundlessly on the door of middle age, they took the plunge and, in an if-not-now-then-when act of glorious courage, decided that meaning lay in a place of their own where they could feed the general public.

We went on a Friday evening in early August, when most of the lawyers who work in the nearby offices were in Italy with their children and their nannies. So, it was quiet – half full at peak, which rather exposed the First Dates couple across the room, who looked to be getting on like a cardboard box and a large puddle. Seasonal hush to one side, it was really rather good. It started with a smile – four of them in fact, with greetings from the duo at reception, a bearded barman drying glasses behind a zinc-topped bar, and a checked-shirt wearing maitre d’, who turned out to be co-owner and general manager James.

Gezellig is a Dutch word meaning ‘cosy’ (where do restaurateurs find these words?), and while the atmosphere was certainly invitingly low-key, the high ceiling and block cornicing were a reminder that this space was once part of Holborn’s imposing public library, built in the late 19th century. If anything, the grand subtext this creates went down well with this reviewer.

The dining room interior is Teppema’s work, and she’s created a hip hang-out space that chimes neatly with the current vogue for upmarket culinary experiences with a lo-fi vibe. The walls are a pea-soup green, decorated with an eclectic mix of retro music posters and photographs that I suspect would be plenty diverting if you’re on that terrible date.

Tan leather banquettes line the outer edge of the dining area New York steakhouse style, and the rest is a comfortable mix of masculine dark woods and leathers. There’s a small stag head on the wall – moulded, not stuffed. I suspect that if you were a record producer in the late 1960s, this is how your Fitzrovia apartment would have looked.

The seasonal modern European à la carte menu is smart but summer-in-the-city short. From the five starters and six mains available, we began with a brandade raviolo that did all sorts of good things in the synapses, and the unusual pairing of seared mackerel in aged beef fat and bone marrow that was melt-in-the-mouth yummy. For main, we took a herb crusted lamb that came with a side of braised leek and was cooked to perfection, and a roast duck that lingered amusingly on the palette.

We took desert, arguably the highlight of the affair – my wife overlooking the ‘builder’s tea and a biscuit’ and instead indulging in an entertainingly naughty but not over-rich Black Forest brownie. My summery peach melba and almond sundae concoction was simply delicious.

The wine list was as elongated as you’d expect given the owners’ back-stories, with bottles from £25 up to £500. I elected to sample the cheapest by-the-glass red on the menu, partly to see if a £5 glass on a Friday evening could ever be drinkable, and partly because I just fancied a sprightly Montepulciano. For the record, it punched well above its weight. For dessert, we were recommended wines that worked so well I neglected to take note of what they were. Sorry (not sorry).

I wish Gezellig and its plucky owners every success. And I suspect it will come their way. Even if it is in Holborn.