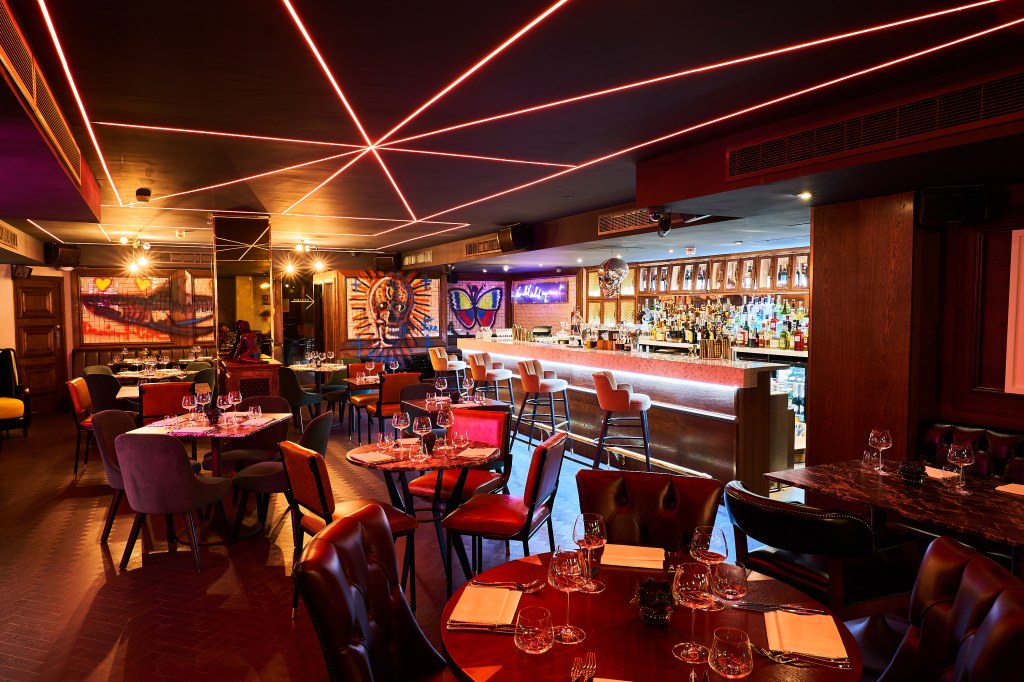 If walls could speak, as the saying goes, Jermyn Street’s lichen-pocked edifices could dictate a wonderfully rich tome about the city in whose dead centre it resides: for this is one of those thoroughfares where stuff, for whatever reason, just happens. Home, over the years, to tailors, cheesemongers, parfumiers, milliners and shirtmakers (including James Bond’s favourite, Turnbull & Asser), this is where Regency-era ne’er-do-wells would hang out with French Revolution refugees, as well as a certain menswear revolutionary by the name of Beau Brummell (of whom there is a statue outside Piccadilly Arcade).

It’s here that Louis Napoleon stayed under the assumed name of Count D’Arenberg on his escape from incarceration in the fortress of Ham; where London banker Olaf Hambro, wolfing down oysters in Wiltons when a nearby church was bombed promoting the owner to announce permanent closure, insisted on the entire establishment being put on his bill. Just what went on in the street’s notorious Turkish baths in the Victorian era is anyone’s guess.

One of The Wellington’s private dining rooms  Greg Woodward Photo

All of which makes Jermyn Street a fantastic setting for the re-opening of what has been a decadent London institution since 1832: The Wellington (“The Welly”, to insiders), a former Knightsbridge fixture with a gloriously hedonistic reputation, whose resuscitation is a collaboration between former City professional Nic Brooks and socialite-slash-nightclub owner Jake Panayiotou (founding members also include Liam Payne, Pete Tong and Regnal Traviss).

Revered by A-List regulars since the early 2000s, the new location’s 250-person space features DJ’s and live performances from both tomorrow’s and already established music industry luminaries. Designed by Brooks alongside award-winning interior designer and architectural consultants Tibbats Able, the ground floor has a bar (above which hangs Damien Hirst’s ‘Disco Skull’) and opulent dining area in which velvet and leather chairs mingle with mahogany and marble tables. A lower ground floor contains private dining rooms, an indoor cigar room and wine vaults. Think of a traditional gentlemen’s club of the type Bertie Wooster might set off some farcical narrative with a rash bet with an old school pal, then inject a huge dose of rock ‘n roll and modern art, and you’ll get the idea (‘The Hours’, a rare Damien Hirst large-scale print, is also on the premises, as are a number of neon works by the incredible Chris Bracey).

Astoundingly, for so achingly cool a nightspot, it’s also a bona fide foodie destination, thanks to a carefully curated modern European menu – including a la carte, bowl food to share with friends and a range of canape and finger food offerings – from Brett Duarte, most recognisable for his work at Gaucho, The Ledbury and George. Hand-dived Orkney scallops, Kagoshima A5 Black Wagu beef and Perigord truffles are among the highlights, with an impressive wine list making the dining here even more of a draw.

“It’s my most exciting project to date,” says Duarte. “Taking inspiration from the club’s modern interior, which is perfectly blended with elements of a traditional St James’s members club, I always knew this menu had to be less fine dining and more of a relaxed, social eating offering. Serving up the culinary delights of a modern European theme, there’s a fine balance between steaks and seafood throughout. Hugely inspired by seasonality, our menu will be forever evolving, but one thing is for sure – it will always seek to be full of unique and seasonal flavours.