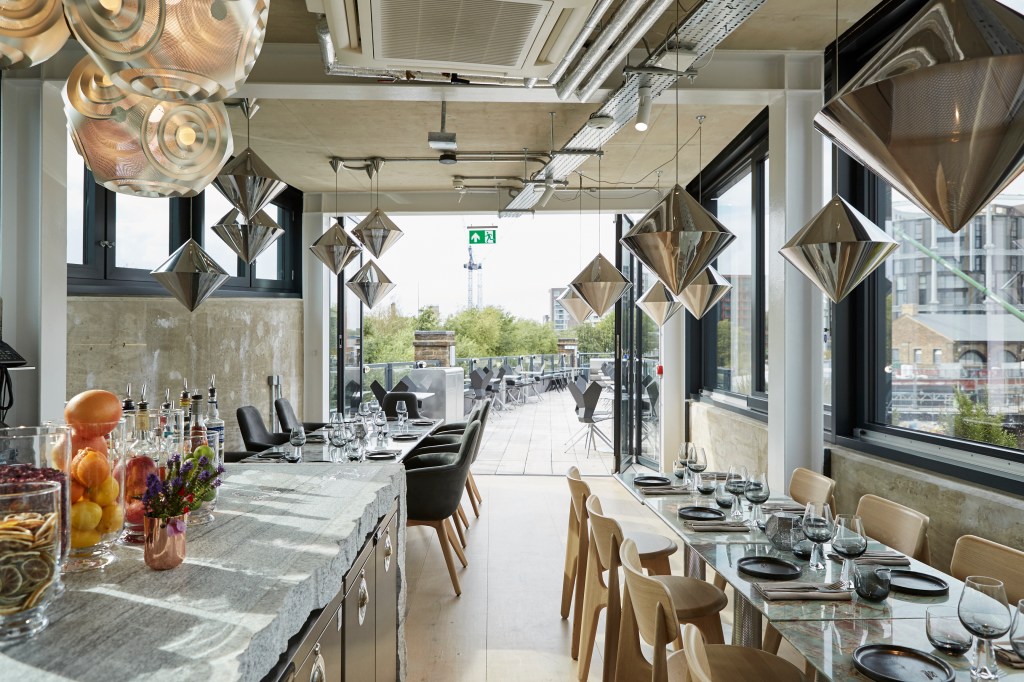 London has long shed its anachronistic reputation for bad food. For decades now, it has been established as one of the great restaurant cities of the world – pulling millions of visitors and residents alike towards its extraordinary array of great places to eat. But which area of the UK capital should one head to for the most exciting new collection of dining and drinking destinations?

Perhaps you should explore Soho, with its ever-evolving, eclectic mix of establishments? Or trust in the long-held quality of Mayfair’s upscale establishments. Alternatively, if you’re feeling adventurous, should you strike out eastward to the badlands of Hoxton and Hackney in order to retain that all-important gastronomic edge?

In 2019, the answer is none of the above. Instead, the food-shrewd should be looking (not so far) north to King’s Cross. For those who haven’t ventured forth from the modernised terminus in recent years, bear with me – you may be in for a surprise. Not so long ago, it was the down-at-heel home to hookers and heroin addicts. Now, the area to the north of the station around Regent’s Canal, taking in Granary Square and Coal Drops Yard, has undergone not just a redevelopment, but an entire reinvention.

Crucially for the purposes of this column, that fresh identity has a critical mass of vibrant restaurants at its core – each within a 10-minute stroll of each other and ranging from casual no-reservations joints to grand dining rooms via experimental tasting menus. Leading a raft of recent openings is Coal Office (main picture), a joint venture between acclaimed product and interior designer Tom Dixon (the man behind the Mondrian London) and chef Assaf Granit. The latter is the creative force of The Palomar, Soho’s feted Middle Eastern eatery where its nigh on impossible to get a table. At Coal Office, you can still get a reservation (if you hurry) and eat in significant comfort and style: the interior is described as “a food and design playground”, no less.

In the same new Coal Drops Yard development sits the latest – and largest – outpost of the brilliant Barrafina mini-chain. Under new head chef Angel Zapata Martin, the unparalleled Spanish tapas bar has more of a Catalan feel with astoundingly good mixed meat and seafood dishes such as arroz negro with Iberico pork and cuttlefish.

And there is more… Hicce (pronounced ee-chay, but you knew that) is a restaurant above a fashion boutique. So far, so worrying. More reassuring is that it’s helmed by Pip Lacey, formerly head chef at Angela Hartnett’s super-posh Italian Murano in Mayfair and very much seen as a rising star of the London chef world (she was featured, last year, in our Culinary Masters focus, no less). Hicce serves wood-fired fare that is distinctly not of the pizza variety: think charred mackerel with radicchio and kumquats, or chicken thighs with miso and shitake mushrooms. Contemporary and sometimes challenging, it has the potential to be brilliant, so I am advising early adoption.

Anthony Demetre – the chef behind some of London’s most refreshingly accessible Michelins-starred restaurants of the Noughties in the form of Arbutus and Wild Honey – also returns to form here with Vermuteria. A casual vermouth-led bar, Demetre’s accompanying northern Spanish and Italian small plates are worth a detour alone. Add to that Mexican tacqueria Casa Pastor and new model wine bar The Drop and it begins to look like a return visit to Coal Drops Yard alone might be necessary.

Perhaps most exciting is yet to come: specifically in the form of The Standard hotel. This one-time New York trailblazer has astutely picked Bristol-based chef Peter Sanchez-Iglesias to front the flagship restaurant at its London debut opposite St Pancras station. The chef is set to bring his innovative, Italian-inflected cuisine (first developed with his late brother, Jonny, at their Bristol eaterie Casamia) to the hotel’s rooftop dining space this spring.

With such a density of high quality but varied restaurants to feast on in the all-new King’s Cross, it’ surely time to reset your culinary compass – due north, that is.