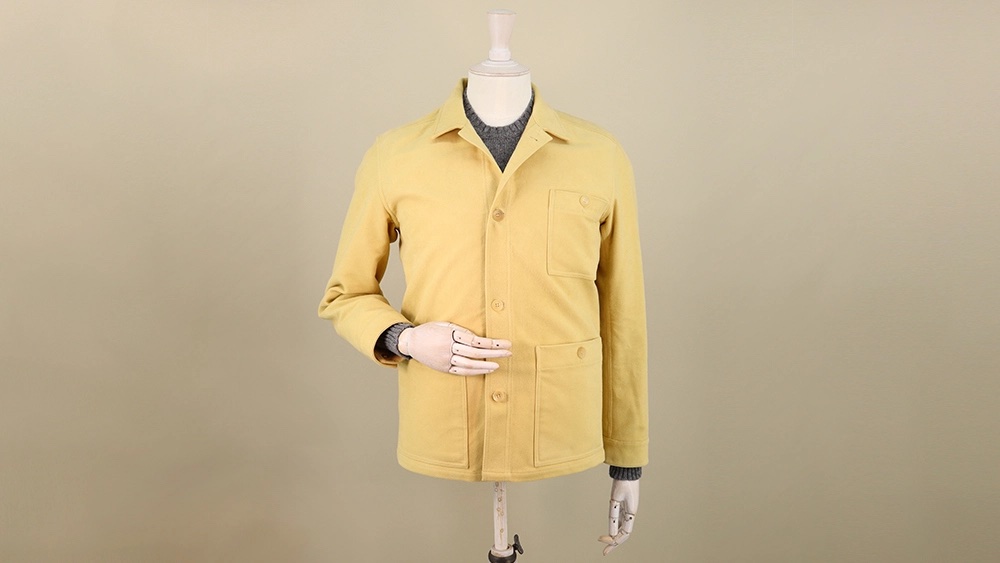 If ever there was a time to invest in a chore coat, it’s 2020—a year in which “going out”, for most of us, means dashing out for a takeaway coffee or grabbing some groceries, before scurrying back indoors to our new work-from-home reality. Thankfully, Anderson & Sheppard’s beloved London haberdashery has expanded its range of workwear-inspired No.2 jackets that I’ve long been a fan of. It’s an outerwear classic that’s ideally suited to the current moment.

The No.2 is, in many ways, the quintessential chore coat: a simple, functional garment with a straight cut, unlined construction and plain patch pockets on its front. Cut with a tailor’s eye, it’s an easy, relaxed piece to layer over shirts or knitwear, but it nonetheless feels reasonably smart thanks to Anderson & Sheppard’s careful attention to fabrics and trimmings (the real horn buttons are a lovely touch). The No.2 has been available in linen hopsack or corduroy for a few years now, but new for the season, Anderson & Sheppard has introduced a pair in bulletproof heavy cotton moleskin. 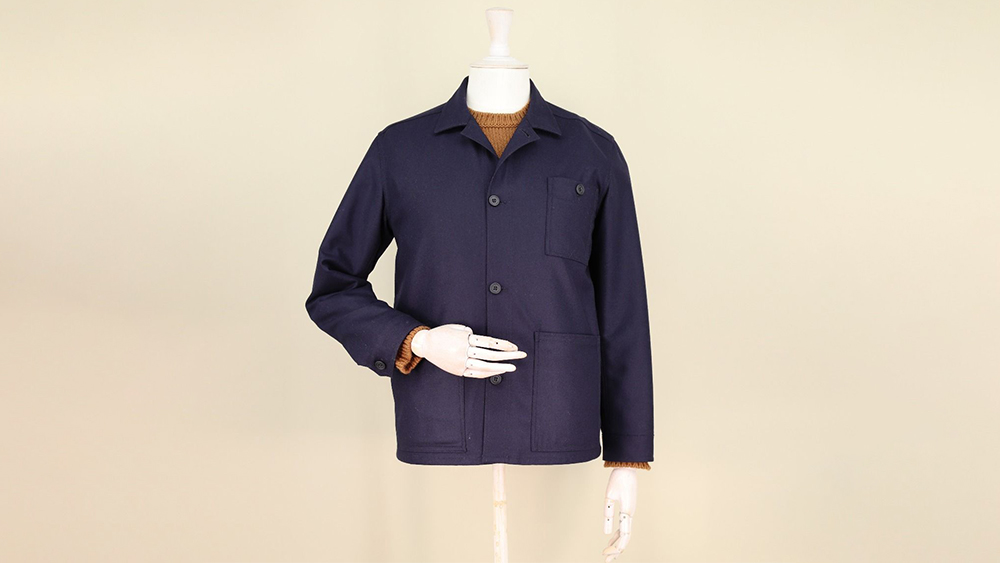 Thanks to its weight, moleskin like this is a fabric that’s best broken in. Straight out of the cutting room, it feels quite stiff but the more it is worn, the quicker it softens into one of the single most comfortable materials you could ever wish to wear. You can almost think of it as a heavyweight, casual velvet once it gives a little. Made-up into the No.2, the fabric yields an investment-grade jacket that’s destined to take on its own character over time.

Currently, the moleskin iteration is available to order online in butter yellow, which you can think of as a classic beige or neutral shade. But simply send an email to enquire about an equally versatile olive green. There’s also navy flannel and the aforementioned linens and corduroys. The haberdashery’s Emily Lowe explains: “These new No.2 Jackets fill a gap in the wardrobe between a blazer and a winter coat. Wear them in a similar manner to a denim jacket, as a layering piece over knitwear or beneath a heavy wool overcoat.”

Simple, elegant and satisfyingly tactile, the No.2 jacket is a no-brainer this season, particularly if you want to feel dressed, even when you’re just taking a turn around the neighbourhood.