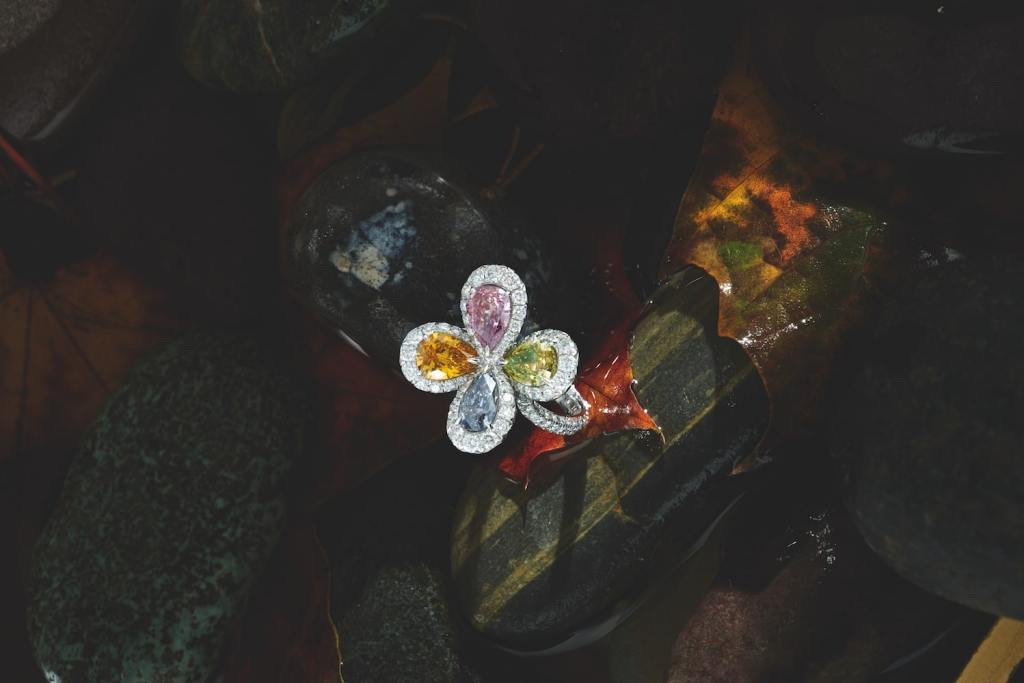 Some years ago, haute jewellery house Chatila happened upon and acquired the largest ruby in the world: 57 carats of it, as certified by Switzerland’s Gübelin Gem Laboratory. The ‘Rangoon Splendour’ had been in the possession of a family in Burma for 70 years. The celebrated Habsburg ‘Archduke Joseph’ – a 76-carat D flawless cushion-shape diamond – and the ‘Indore Pears’ (around 45 carats each) are two of the other exceptional geological marvels to have passed through the hands of a company that was founded in Lebanon more than a century and a half ago, and still bears the family name today (each member of the clan is an established expert in rare diamonds and other precious and semi-precious stones). Chatila consistently takes precious stones very seriously indeed – this is the company that pioneered coloured diamonds – while the piece shown here, the Bird of Paradise Ring (£427,000), can stake a genuine claim to celestial inspiration:

“A meteorite that fell from the sky and crashed in the Nubian Desert a few years ago was found to contain diamonds,” explains Marwan Chatila, one of the fourth generation of the family (along with siblings Edward and Carlos) who now continue in the founder’s footsteps, along with their father, Nicholas.

“If Paradise is indeed in the heavens, I thought, surely the flowers there are diamonds of every imaginable hue,” adds Chatila, a graduate of the Gemmological Institute of America who joined the family business in 1984.

“The stones used in this ring for Chatila Jewellers are just that: fancy greenish yellow, fancy intense purplish pink, fancy grey and fancy orange. I feel that when one puts it on, some tiny particle of a lost paradise is regained.”

Each of the stones, meanwhile, is slightly over one carat in weight. Chatila’s flagship showroom in Geneva’s Rue du Rhône, its home for over six decades now, and its other principal showroom on London’s Old Bond Street, are equally a kind of paradise: any visitors will testify to the house’s flair for design and investment savvy (their advisory service is second to none) as well as its perspicacity when it comes to sourcing raw materials.