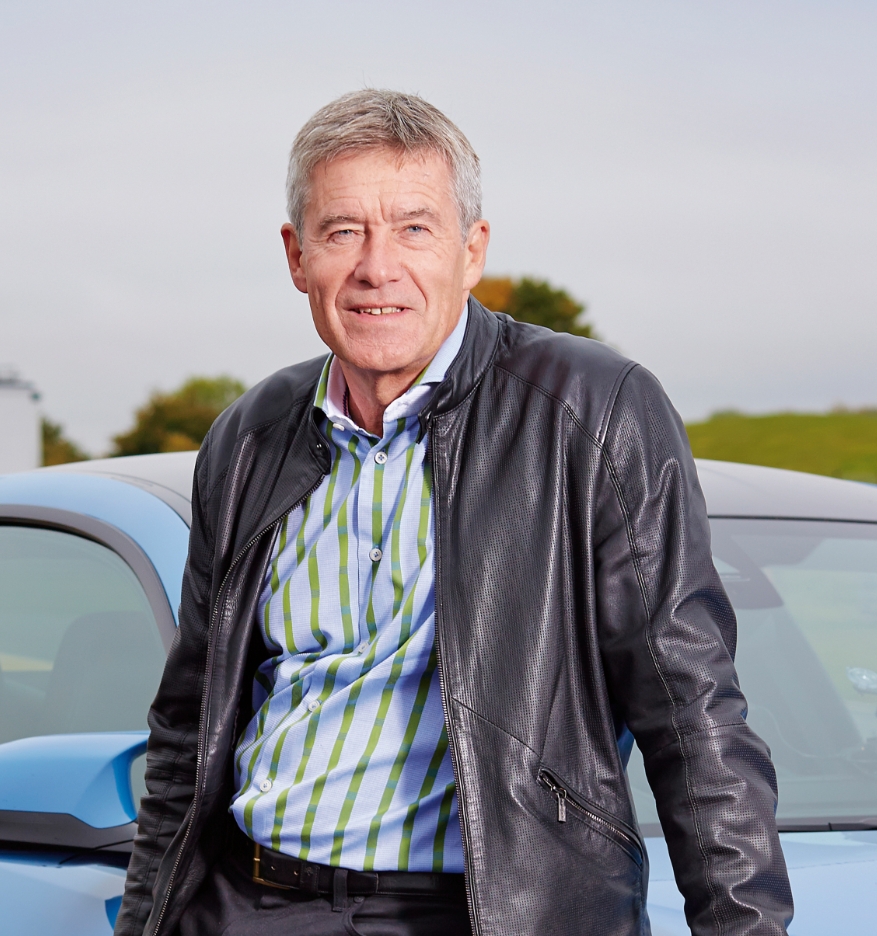 It’s been a long time coming but the eagerly anticipated new BMW 8 Series has finally landed – and the good news is it’s been well worth the wait. The number eight is very special in the world of BMW, what with their sleek plug-in hybrid i8 setting the standards for the future of electrified sportscars and the M8 GTE car that raced at Le Mans last year and is currently flying the flag in both American and World Endurance Championships.

Of course, this isn’t the first 8 Series and there is still much fondness for the original one that was built between 1990 and 1999. The dramatic wedge shaped styling with its pop-up headlights, a five-litre V12 under the bonnet and the choice of a six-speed manual gearbox appealed to driving
enthusiasts the world over.

So how do I know the new 8 Series has been worth the wait? Well, I was fortunate to be invited down to the Finca Cortesin Hotel and Golf Club in Spain for a couple of days to put the car through its paces around the stunning Andalusian countryside.

First impressions are so important with new cars; as soon as you catch sight of that wide, purposeful kidney grill, you know the 8 Series means business. The long bonnet with its creased lines, the sleek profile, its ‘double bubble’ roof and the muscular rear-end all combine to produce an impressively handsome Grand Tourer that draws admiring looks wherever you go.

The Finca Cortesin is the perfect place to launch a car like this, not just for the drive in the surrounding roads but because this is the sort of place you imagine owners arriving with plenty of storage in the capacious boot for both their luggage and two sets of golf clubs – especially if you tilt the two rear seats forwards.

My first drive was in the diesel powered 840d – not that you’d know it was a diesel, as the clever surround sound gives it more of a V8 beat – and I began with a cruise down the motorway to Malaga, where a friend of mine knows the owners of the football club – so I thought I could do a quick survey to see how many of these wealthy young men might be lured away from their Bentleys and Porsches!

The motorway cruise allowed me to start soaking up the quality of the cabin. All the 8 Series vehicles come as an M Sport model and I always love to catch a sight of those little blue, purple and red colours made so famous by their motorsport branding bringing back wonderful memories of when I raced a BMW M1 Procar draped in those colours back in 1979 (but that’s another story).

On-board the new 8 Series, I could appreciate all the fresh touches brought in as the marque steps up the luxury an extra notch. The multi-function sports seats clad in sumptuous merino leather, the wide dashboard providing maximum information – with the rev counter turning anti-clockwise to allow more room in the centre – plus little touches like CraftedClarity Glass on top of the gear lever and the iDrive all add that little something extra.

I’ve always thought BMW’s iDrive was the best solution for all the communicating we now do with our cars these days, while there are those that feel more comfortable with the touchscreen option. Well, now there is no need to argue, as the 8 Series offers both. Throw in gesture control for those who would rather let their hands do the talking, and voice, if you want your talking to do the talking, and you are completely spoiled for choice.

The satnav quickly led me to La Rosaleda stadium – home to the Malaga CF football club on the northern outskirts of the town – but finding my way to the pitch where I was due to meet my friend wasn’t so simple. Weaving through a packed car park amongst concrete pillars under the grandstand took me to the players’ entrance to the pitch – but that wasn’t much wider than the car.

Unfortunately, I was greeted by my friend and … an empty stadium! He hadn’t realised that they were playing an away fixture that day. So, with my bit of market research sabotaged, it was time to get back on the road. The only problem being that I couldn’t go onto the pitch to turn around, so I was going to have to somehow back out the way I had come in…

Now, I’m not the greatest believer in a fully autonomous future and reckon once every car has all the driver aids already in existence – from ABS to ESC to Lane Assist to Active Cruise Control and Brake Assist (which of course the 8 Series has) – the accident rates are going to come tumbling down without any need for us to take our hands off the wheel and fully disengage with the responsibility of driving our cars. But there are times when I’d be more than happy to let the computers take control – like when reversing.

Fortunately, BMW has the answer to my dreams with its Reversing Assist which, without you asking it to do it, will always remember the last 50 yards you have driven and will drive it backwards for you should you want it to. Select reverse, press the button and all you have to do is control the throttle and the brake while the car squeezes back out of the tightest of gaps without even the smallest bump or scrape. Brilliant!

Back on the road, it was time to stretch the BMW’s legs and head for the wonderful winding roads out to the north of the glistening Mediterranean coastline. All too often, you hear people complaining you can no longer enjoy driving as our roads have become so congested, but if you pick your time and your place, that simply isn’t true. My route to the mountaintop, 15th-century city of Ronda was a consummate cruise

Two things about the 8 Series stand out once you take on more challenging roads: the steering and the brakes. The active steering is speed related, turning the rear wheels the opposite way on tighter corners or the same on the faster ones, all the time making the 8 Series feel like a much smaller car, light and nimble despite its size and, when you need to brake for the tighter corners the pedal feel is perfect – firm and reassuring, just as you want it. >

Unfortunately I never quite got to Ronda because around 10 miles north-east of the city lies one of the motoring world’s greatest treasures – the Circuito Ascari: a 3.4-mile ribbon of tarmac created as a playground for the rich and famous by Dutch entrepreneur Klaas Zwart and opened in 2002. The 8 Series had been so encouraging on the roads that I couldn’t resist the temptation to drop in and see if I could do a few laps without speed limits spoiling the fun. Having been part of the first film crew to test out the track – and Zwart’s Ascari GT car that was being produced at that time – I’m fortunate to be an Honorary Member of this Ascari Race Resort and was allowed the circuit to myself during the lunch break to push the 840d to its limits.

While 320hp doesn’t sound much in modern supercar terms, with loads of torque the Grand Tourer hustled round the track like an agile sportscar. So far, I’d completely forgotten it had four-wheel drive and it wasn’t until I turned off all the stability systems to have a real go that I felt its effect. With most of the power always heading for the rear wheels, it was only when I pushed right to the limit and the back began to break away that the computers recognised what was going on and shifted some of that power to the front to kill the slide and gain maximum traction out of the corners. Very impressive!

With a flight home the next morning, my testing of the new 8 Series wasn’t quite done. Up early, I saw the sun rise in the morning sky as I went for one last drive – and this time I had 530hp under my right foot from the turbocharged V8 under the bonnet of the 850i. Deserted mountainous roads were my reward as I fired the GT up towards the sky through a series of hairpin bends. Even with the stability control switched off, the mechanical grip on the dry roads was so good that lack of traction was never a problem. If you could have seen the smile on my face, you’d understand why I have no doubt the new BMW 8 Series was well worth the wait.

How to carry out your Andalusian sojourn in style

When it comes to accommodation, it’s hard to look beyond Tiff’s base of choice – The Finca Cortesin Hotel and Golf Club – what with its well-executed avant-garde-ism, Moorish and Castilian flourishes, excellent service and food and – crucially, for many among us – what is surely the most splendid sea-view golf course in Europe. Prices per night start at around £500. Caretera Casares, s/n, 29690 Casares, Málaga. +34 952 937 800 fincacortesin.com