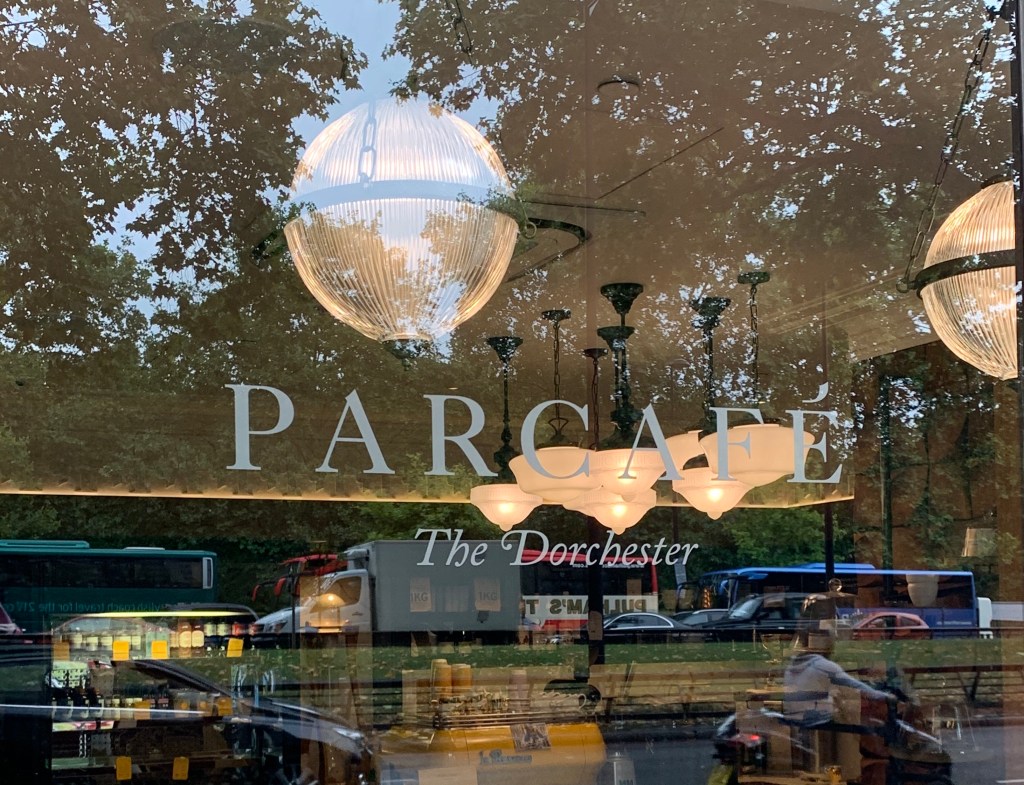 If you’ve not come across Amir Gehl before, he’s a bona fide coffee guru. A Londoner of Russo-German origin and the founder of Difference Coffee – a brand which supplies top-tier coffee to the planet’s most illustrious restaurants and hotels – he’s the kind of guy who talks about coffee flavours (“floral”,  “fruity”, “smoky”) like the most borderline-obsessive oenophile talks about a Napa Valley cabernet sauvignon.

He even refers, frequently, to “terroir”, and employs a Master Roaster – Jonny England – who is one of just four licensed Q Graders in Europe and a Certified Judge for World Barista Championship and World Brewers Cup. It’s no surprise Gehl is frequently invited to give private talks in New York, London, Asia and elsewhere on the subject.

Gehl was strolling through his home city of London, just over a year ago, when he happened upon a 15-square-metre or so specialty coffee shop called Parcafe, nestling within the Dorchester Hotel (but with a separate entrance on Park Lane). “I thought to myself, this place could really be transformed into the world’s best coffee shop,” he tells Robb Report. “Not only is the location on prime real estate, it’s connected to the Dorchester with a pool of residents to attracts. I decided to approach and offer my services.”

Over the subsequent months, Gehl created a new coffee menu for the outlet, which consists of two espresso coffees and two filters, a house coffee and a premium coffee. But “creating a coffee menu”, for Gehl, means a meticulous curating process based on a 100 point system, created by the Specialty Coffee Association, which qualifies less than one per cent of global production – microlots from award-winning growers such as the Daterra estate in Brazil and Hacienda La Esmeralda in Western Panama (“The best coffee farm in the world,” he says).

People are starting to travel from outside London to come to try the coffee in this extraordinary hidden gem. Those who beat the rush, ask for a “Geisha”, served in a traditional V60 Hario Pourover in 24 carat gold, which was custom especially by London Designer Richard Brendon.