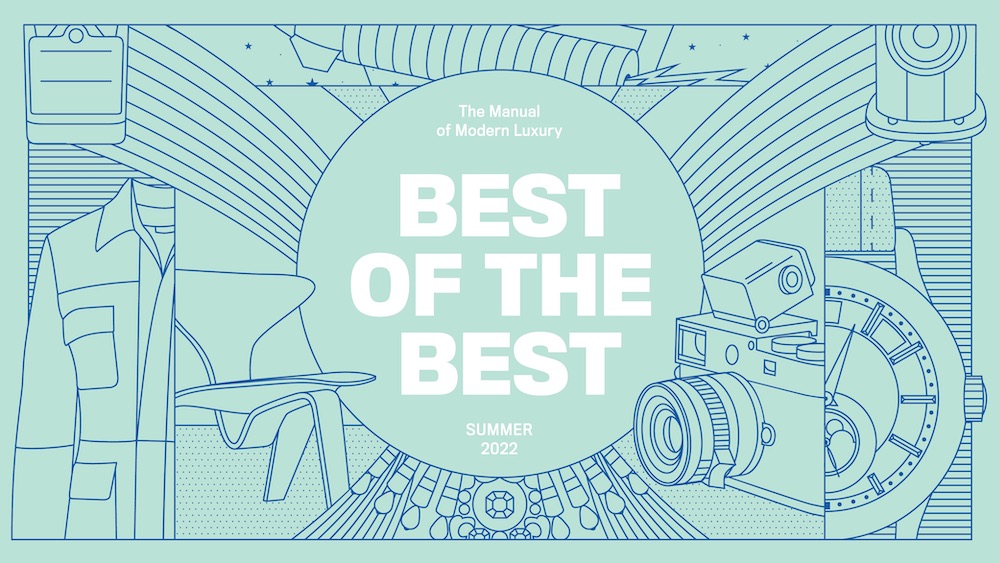 The Big Idea: The Great Escape

RIP, VIP bucket lists. Since luxury travel began to resurge as the pandemic subsided, it’s been carpe passport, leaving the industry to balance a burst dam’s worth of pent-up demand with a host of ongoing obstacles.

One upshot has been travellers’ willingness to spend more for the right experience. “When the world was put on time-out, the wealthiest had time to dream big,” says travel specialist Keith Waldon of Departure Lounge, noting that most of his clients’ budgets have doubled year over year. “Whatever they were doing before, people want to do at a higher level.” Cari Gray of Gray & Co. has observed a similar tendency. “Now it’s not just about a driver but a driver on standby,” she says, “and not just a yacht for the day but for the week.”

No wonder hotels can no longer rely on oversized penthouses or impeccable service as a clincher, notes Scott Dunn Private head Jules Maury. “It’s about what you can get out of a destination,” she says. See the new yacht operated by Borgo Santo Pietro that Maury has booked for clients; it takes them on coastal Tuscan jaunts with a chef trained at the hotel’s Michelin-star restaurant. The recently opened Villa Petriolo nearby is a 395-acre farm with miles of hiking trails and a falconer in residence, while Sweden’s Treehotel just added a 365-square-foot, Bjarke Ingels–designed Biosphere guest room covered in 340 birdhouses; input from local ornithologists should maximise nesting. Safari camps are heavy into the tree-house (or other private, nature- embedded accommodation) trend, too. And a company called 700,000 Heures is a sort of movable feast of hotels: every six months it uproots for another exotic locale — rural Cambodia, perhaps, or Brazil — and sets up shop in an idiosyncratic structure, be it a palace or a houseboat.

Legacy travel brands are also opting to expand beyond brick-and-mortar. Waldon reports huge demand from clients for this year’s launch of the endlessly delayed Ritz-Carlton Yacht, currently pencilled in for August; Aman, too, will debut a 50-suite, 600-foot vessel in 2025, codenamed Project Sama. Orient Express, sidelined as a brand for several years, will soon return to prominence under a new owner, Accor. It will add more trains — with private bathrooms, a first — as well as namesake hotels, connecting as a luxury network.

Travel is now even crossing the final frontier. Blue Origin and co. will soon be joined by Spaceship Neptune, an eight-seat capsule complete with a bar that glides 100,000 feet into the sky to the edge of space, a six-hour journey that costs £100,000 per person. Waldon has already put in offers for two $1 million buyouts, and the operator, Space Perspective, reports that all voyages in 2024, the launch year, are sold out.

Space is in demand in all senses of the word. Waldon reports that clients are bulk-booking trips to everywhere from Italy to Montana — sometimes four or five separate trips and destinations via a single inquiry — through 2025, to ensure there’s room for them. “It’s so far ahead it’s often hard to get rates, but we’re just putting holds on,” he says, noting that there’s a new mantra among his wealthiest clients: “Life is precious, nothing is guaranteed, and everything is elevated.”

The owner of London’s beloved Claridge’s and Connaught hotels, among others, has brought its inimitable brand of quintessentially British personalised luxe hospitality (not to mention one of its top managers, Boris Messmer) to the limestone cliffs of the Côte d’Azur.

An international coterie of aesthetic arbiters came together to design the 69 rooms and suites, light and bright and each with a terrace overlooking the Mediterranean; that superstar team included Hong Kong’s André Fu, Irishman Bryan O’Sullivan and Paris-based Pierre Yovanovitch.

Indeed, this property is a refreshingly contemporary retreat on a relatively quiet stretch of coast not far from Italy and Monaco, known for its heritage hotels. The town, once frequented by Coco Chanel and Eileen Gray, is still as fashionable as ever, so pack for a day at the private waterfront club, which is just a short ride down the cliffs in a beach buggy.
Rooms from £825

Rajasthan is replete with royal residences turned ravishing resorts, but the latest luxe lair here is the most over-the-top yet. On
a relatively remote hilltop between pink- hued Jaipur and tiger-filled Ranthambore National Park, wellness specialist Six Senses has opened a 48-suite retreat in a sprawling 700-year-old walled fortress, which features not one but two palaces, plus a pair of temples and even its own stepwell.

Thanks to an impeccable, decade-long restoration, the high-ceilinged halls of one palace have become the lobby, while a soaring lookout tower now holds private dining areas for one of the three restaurants, all of which rely on locally sourced ingredients.

Six Senses combined the temples and the second palace to create a 30,000-square-foot spa and fitness zone, offering modalities from Ayurveda and meditation to more Western traditions (CrossFit included). Tear yourself away from the spa to savour the palm-planted courtyard gardens and the 82-foot pool, lined with handcrafted mosaic tiles, newly nestled amidst the greenery. Rooms from £735

It was the sailboats of his childhood that inspired Mauritian architect Jean-Francois Adam when he planned this 116- room resort, its swooping curves intended to echo a seaward

vessel — in this case, one beached on superb white sands overlooking the namesake bay and its picture- perfect turquoise water, where he spent his teens fishing and sailing.  It’s a welcome addition to Grand Baie, the village on the island’s northern tip that pioneered luxury tourism here in the 1990s. But its lack of infrastructure — the motorway connected the main airport to the area only a decade ago — dulled the Saint-Tropez-inspired lustre. This new hotel has helped restore its cachet, with beach clubs such as N’Joy opening nearby.

Don’t let the awkward name be off-putting. This is a refreshingly buzzy spot on an island where most high-end properties rely heavily on their appeal to golfers. Instead, it’s an adult party place, with a nightclub, rooftop bar and a poolside DJ, plus a top-flight gym with a spin room and rooftop running track. If you do come with kids, don’t worry: there are inventive distractions for young ones and teens, from ice-cream making to DJ lessons.
Rooms from £417

It was a complaint from a local carpenter on Japan’s art-powered island Naoshima that gave ryokan operator Shintaro Sasaki the idea. Ever since collector Soichiro Fukutake installed his haul of high-grade art in the Chichu Art Museum there in 2004, visitors had flocked to see it; the only luxury overnight perch, though, was the billionaire’s own hotel, the sleekly modern Benesse House. That woodworker carped that no establishment offered foreigners the chance to immerse themselves in traditional Japanese hospitality, known as wa.

Sasaki determined to remedy that — and the result is his just-opened 11-room luxury ryokan. Guest quarters have tatami mats and open-air soaking baths, while the entire property nods to its Naoshima location with an assortment of contemporary art arranged throughout. Though the works at Benesse are merely on exhibit, some pieces here will be offered for sale, with an emphasis on local, lesser-known Japanese artists whom Sasaki is keen to showcase to a broader audience.

The full-board rates include kaiseki-style suppers, mostly relying on fish from the nearby Seto Inland Sea, and Sasaki hopes that guests will gather at the outdoor hearth after the evening meal to share stories.
Rooms from £272

This 100-room retreat is set on 317 forest-side acres, land that once belonged to the bishop of Santa Fe (hence the name) and later the Pulitzer family; it’s well located, close to the city centre but with canyon tours and fly-fishing easily accessible, too. The lure of Bishop’s Lodge, though, isn’t its location per se but rather the property itself. It’s a thoughtfully operated, self-contained destination that most guests won’t ever feel compelled to leave.

The rooms and suites are decorated in a modern desert decor — call it pueblo minimalism — and most have their own kiva fireplace. Creative programming here engages deeply with all things Santa Fe: options include private, hands-on sessions with local experts in art, Native American healing, botany and more, with an on-site gallery showcasing a roster of artists-in-residence and an equestrian centre that offers trail rides and lessons in “cowboy skills”. The “Chile Host” who’ll greet diners with a basket of peppers and spicy oils is a witty, locally minded touch, too.
Rooms from £640