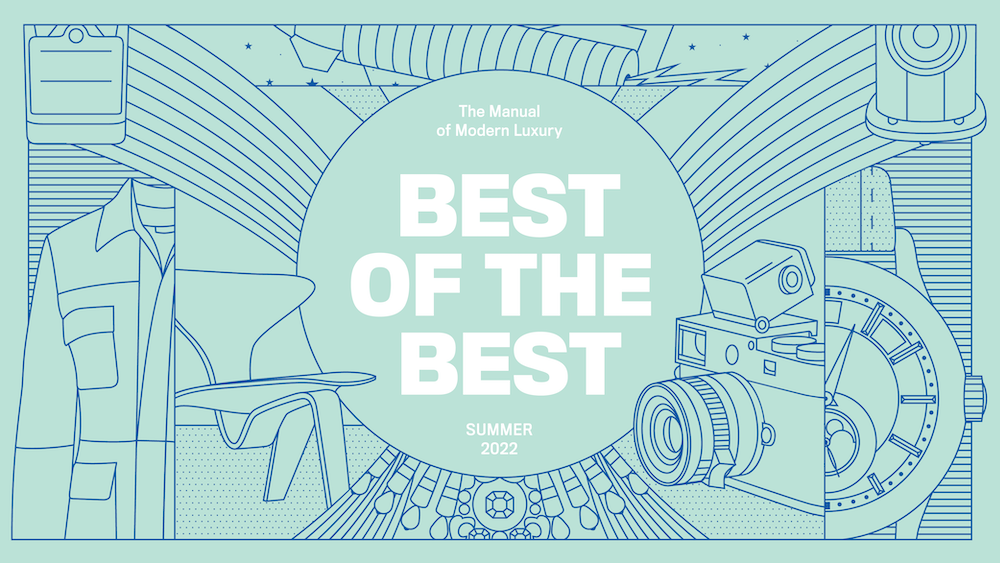 When the pandemic struck, the art world was in survival mode, with the scramble to move to an online business model dominating the thoughts of gallerists, curators, collectors and auction houses. Thankfully, the technology, structures and platforms were all largely in place to facilitate this. Online buying and bidding were hardly dramatic new departures — it was just a question of tilting the balance. Now that the wider world is returning to relative normality, though, there is an exciting opportunity to channel all that creative energy into imagining a better path forward.

This new phase will inevitably involve a significant role for NFTs. Are they the brave new world many have claimed them to be? We can expect this area to become more nuanced as it matures. In the meantime, organisations such as NFT Arts are bridging the divide between digital/NFT artists and the traditional art community whilst offering a user-friendly, curated compilation of the best NFT art via the Satoshi Collection.

Inevitably, the rise of digital art has also seen an equal and opposite reaction, with a return to craft, where value is determined via the history and narrative surrounding an object. London-based outfit the New Craftsmen has proven to be a pioneer in the curation, commissioning and selling of unique art and craft objets — a growing sector of the market.

Similarly, we are seeing a depth and maturity being added to the need for greater diversity, as big “marquee” events filter down into more fully rounded programmes. Following the timely In the Black Fantastic season at London’s South- bank Centre, Tate Britain’s masterful Life Between Islands (which drew on the rich legacy of British Caribbean artists) and the long-overdue Lubaina Himid retrospective at Tate Modern, a more forward-looking approach is being adopted, as evinced by Sonia Boyce’s inspired installation at the British Pavilion for the Venice Biennale.

Arguably the biggest new idea in British art is a fresh approach to the rather staid world of the art fair. Nazy Vassegh, former chief executive of London’s Masterpiece, has created the template for a more select, intimate and exclusive set-up, in the shape of Eye of the Collector. This reflects a more flexible, adaptable pop-up model for art fairs — one that puts the emphasis on spectacle and curation, replacing the formal, commercial booth format.

Now in its second year, Eye of the Collector was hosted once more in Two Temple Place, an impressive neo-Gothic mansion in central London, with artwork staged in a way that is more akin to a curated art exhibition than a fair. There is no white tent — nor are there numbered aisles, intimidating sales pushes or sections closed off for private corporate events. “It’s much more free-flowing than a traditional art fair, and that encourages the exchange of ideas,” Vassegh has explained. The rejection of categories and sections means the experience feels more like wandering through a collector’s home, admiring their wide-ranging choice of art. “You can really imagine living with the art. That’s a very important element.” Crucially, the fair was backed up by a global online platform, run in conjunction with Christie’s, allowing virtual viewings and purchases alongside physical visits.

If the pandemic has ensured anything, it is that art has become more accessible in every sense. And anything that reduces barriers to the audience has to be a good thing, right?

“It’s amazing what you can do with an ‘E’ in A-Level art, a twisted imagination and a chainsaw.” Damien Hirst’s declaration after winning the 1995 Turner Prize for his Mother and Child (Divided) sculpture was surely intended to irk the large contingent of the art world who felt that pickled bovine cadavers taking the gong was an insult to the painter after whom the prize is named.

More than a quarter of a century on, American mega-dealer Larry Gagosian has devoted space in one of his four galleries in the British capital (with 19 total worldwide) to the flesh-in-formaldehyde pieces that made Hirst the provocateur-in-chief of the ’90s BritArt phenomenon.

The love-it-or-hate-it exhibition will feature more than 20 pieces created over more than three decades, including the remains of calves (Cain and Abel), cows (The Impossible Lovers) and, of course, a few sharks: although not the original The Physical Impossibility of Death in the Mind of Someone Living, which these days serves as a warning to collectors not to invest in perishable art.

The fustier view is that these works were self-indulgent controversy for fun and profit. (Hirst was worth £315 million in 2020, according to that year’s Sunday Times Rich List.) There was far more, though, than just hype to how Hirst’s unsettling explorations of mortality and alienation got tongues wagging. This is an opportunity to re-evaluate the works that made him such a force in the 1990s and be reminded of the crucial role emotional confrontation has in art being a journey with a purpose.

The Broads, the Rubells, the Raleses: married couples have assembled many of postwar and contemporary art’s most acclaimed collections as a kind of conjugal ritual. In those three cases, the fruits of
their marital hobby spurred the founding of important museums.

Not so the treasures amassed by Harry and Linda Macklowe. When the estranged bickering billionaires could not come to terms on the division of their Richters, Warhols and Rothkos, a fed-up judge ordered the trove go on the block.

The first instalment brought a £534 million payday — a record for a single-owner sale — when Sotheby’s sold the 35 lots in November while part two, in May, made £196 million with all 30 of the lots selling. Together it became the most expensive private collection to sell at auction, surpassing the previous total achieved by the Rockefeller estate in 2018. The sums were reflective of the museum-quality
works, selected over the Macklowes’ 57-year marriage, dealers have said, primarily by Linda, a trustee of both the Guggenheim and the Metropolitan Museum of Art. The bitter exes attended to witness the symbolic dissolution of their union — separately, of course.

Rembrandt’s portraits of Marten Soolmans and Oopjen Coppit, the former an heir to an Amsterdam sugar refinery

Curators Eveline Sint Nicolaas, Valika Smeulders, Maria Holtrop and Stephanie Archangel have done an exceptional job of balancing sensitivity and unflinching candour in an exhibition exploring the history of enslavement in the Netherlands between the early 17th century and 1863, when it was outlawed.

This eternally disturbing subject matter is tackled, deftly, via the stories of 10 people embroiled in the trade, from those forced into oppressive servitude (such as Wali, who was sentenced to being burned alive for attempting escape from a Surinamese sugar plantation) to beneficiaries (such as Oopjen Coppit, whose husband Marten Soolmans was heir to an Amsterdam sugar refinery linked to slavery and the subject of the largest portrait ever painted by Rembrandt). The stories of resisters and escapees are also portrayed.

Leg cuffs, plantation tools and early 20th- century recordings of people recounting personal interactions with victimised ancestors make for an experience that is vivid, harrowing and edifying, in equal measure.

In a location that has so much more to offer than the Kop, the Cavern and a famous ferry ride, the Tate Gallery alone over the past year has displayed the often-traumatic works of French American artist Louise Bourgeois; Lucian Freud’s evocative portrayals of his favourite sitters; and, more recently, a 150-plus- work look at Britain’s complex cultural narrative called Radical Landscapes. Rural raves and anti-nuclear protests are all in the mix with the last, which runs until September, as is Ruth Ewan’s whimsical botanical installation Back to the Fields.

Add to that gems such as Rosa-Johan Uddoh’s exhibition Practice Makes Perfect, which puts a spotlight on the lack of Black British history in our schools, and the local talent-showcasing Refractive Pool: Contemporary Painting in Liverpool project (which began in April 2022 and runs to January next year), and the city named European Capital of Culture 14 years ago is again replete with rich pickings for art lovers.

If visiting, also check out Polish artist Alicja Biala’s three totems — each marking areas of Merseyside threatened by rising sea levels — on display at St Nicholas Place, Princes Dock. The Turner Prize returning to Tate Liverpool, the first gallery outside London to host it back in 2007, feels very timely.

Back when the world shut down in 2020, Peter Fetterman, a longtime photography collector and dealer with a gallery in Santa Monica, Calif., began sharing one image a day in an e-newsletter
he dubbed “The Power of Photography.” Accompanying the daily photograph would be a brief ode to the artist at hand, whether a personal memory or a case for the photographer’s contributions to the medium. Each instalment served as a sorely needed moment of beauty in a sorrowful time.

There were portraits of the famous (Lincoln, Churchill, Lennon and McCartney, Muhammad Ali) and of regular folks, including a stunning Edward S. Curtis 1904 image of a Hopi man. From Alfred Eisenstaedt’s vintage shot of an ice-skating waiter (in tails, obviously) in St. Moritz and Ruth Bernhard’s graceful nude to Miho Kajioka’s ghostlike peacock and Paul Caponigro’s exquisite pears, the memorable works are too plentiful to enumerate. But Fetterman, who, as of press time, continues to bestow on his lucky contact list a daily treasure — his total is just shy of 700 — has compiled 120 of them into a new book, The Power of Photography.

Edvard Munch’s depictions of excruciating human anguish, all called The Scream, may have resonated with more of us than ever at times during the pandemic lockdowns. Visitors to this imposing £235 million, 13-floor monolith on Oslo’s waterfront, devoted to an artist who bequeathed his oeuvre to the city upon his death in 1944, would be advised to devote a full day to perusing a space that, at 26,313 square metres, is four times bigger than the former Munch museum in Tøyen, two kilometres away.

Munch was more of a dabbler in media and techniques than is generally known, and watercolours, woodblock prints and self-portrait photography (made using a Kodak he purchased in 1902) are among the 26,700 works on display, as are personal belongings including paintbrushes (digitally re-created), palettes, printing plates, lithographic stones — and, bizarrely, even the oxygen-tank contraption he used to fend off the lung problems which blighted his family.

The works of Tracey Emin and Sandra Mujinga are also in the mix, with Norwegian black-metal band Satyricon providing an appropriately ghoulish soundtrack to one display.

Earlier this year, a curious piece of performative art took place in the midst of the Square Mile’s daily flurry of commerce: Swedish Chilean artist Anton Alvarez
and his team grinding down pillar sculptures that featured in Alvarez’s Roman Toothpaste MMXXI show at Vandalorum in his native Sweden, then pressing new clay shapes with the resulting material using a 10-tonne ceramic press, designed by the artist, menacingly named the Extruder.

Alongside smaller, pre-existing works by Alvarez, the results — six large, imposing clay columns, spray-painted pink, yellow, blue, cream, lilac and orange — will occupy the foyer of 37-storey tower 100 Bishopsgate on the fringes of The City where this took place until late November.

The pillars are “the perfect counterbalance to the expansive open architecture of the reception”, according to Saff Williams, curator at Brookfield Properties. Meanwhile Alvarez plans to grind down and reuse the clay pieces again — perhaps indefinitely — meaning that, as well as a nod to traditional architectural practices in Chile, his concept is also a nod to the idea of rebirth.